How FUM is Organized 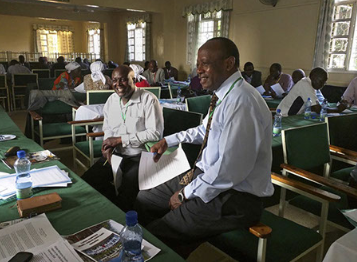 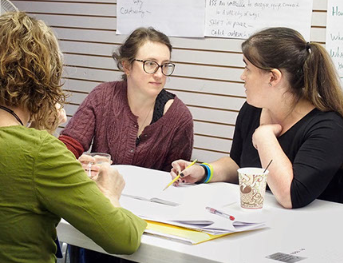 Meet Our Board Members & Trustees

Friends United Meeting is governed by a board of representatives named by each of our member Yearly Meetings and Associations. Appointments to the FUM General Board are for a three-year term lasting the length of each Triennium (the three years between Triennial meetings).

Because we are a global fellowship, the one FUM board meets regionally throughout the year. The North American/Caribbean region generally meets two times a year in Richmond, Indiana. The African region usually meets twice annually in Kenya. Once every Triennium, a meeting is scheduled in another part of the world and is open to any board members who can attend. At the Triennial gathering—held during the last summer of each Triennium—the entire board is invited to come together.

In order to coordinate our regions and the overall work of FUM, an Executive Board comprised of 12 representatives (including the officers of the Board) meet by phone conference on a regular basis with the FUM General Secretary between face-to-face gatherings.

FUM officers include a Presiding Clerk, two Assistant Presiding Clerks (one from each region), two Recording Clerks (one from each region) and a Treasurer. Officers are named by Friends who gather at the Triennial. A group of Trustees, also appointed at the Triennial, oversee the property and manage FUM investments. Task forces and committees are named by the Board to focus on ongoing priorities within FUM and to engage in distinct programs. Friends who do not serve on the FUM Board are often recruited to populate committees and task forces in order to utilize their gifts and expertise, and to expand involvement in our shared work and witness.