Stoking the Fire : Your Life a Candle, This Day a Match
‍

He said to them, “Is a lamp brought in to be placed under a bushel basket or under a bed, and not to be placed on a lampstand? For there is nothing hidden except to be made visible; nothing is secret except to come to light. Anyone who has ears to hear ought to hear.”
Mark 4:21–23

This annual retreat is for those afire with the Holy Spirit, who seek deeper faith and bolder witness. Through worship, learning, and fellowship, we will open ourselves to Christ’s presence, and allow the Spirit to work within us as we seek God’s power. We hope you'll consider joining us as we seek to stir up the embers of our faith—both as individuals and as Friends. This year's Stoking the Fire will be a hybrid event, with in-person and virtual options.

"But the blazing discovery which Quakers made, long ago, is rediscovered again and again by individuals, and sometimes by groups. The embers flare up, the light becomes glorious. There is no reason why it cannot break out again, today, with blazing power. The world needs it desperately. It is in the hope that you and I, today, may rediscover this flaming center of religion that those words are written—not in an historical interest in a charming past." 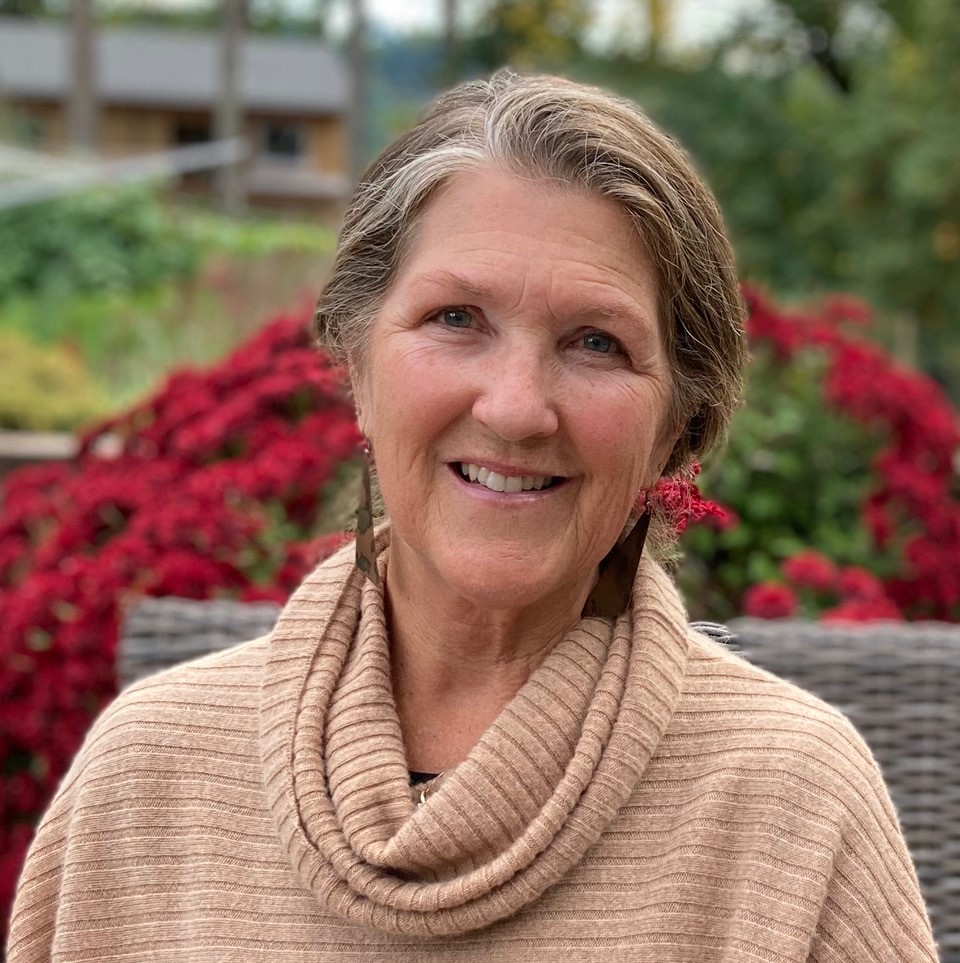 Lisa is a Spiritual Director and Writer-in-Residence at George Fox University.  She describes herself as a farmer, Quaker, tender of plants and animals, and goat milk soap maker, whose job is to love God's Creation—to laugh, hope, nurture, and mostly, to pay attention. She and her husband, Mark, attend North Valley Friends Church and live at Fern Creek, a small farm outside of Newberg, Oregon, where they write, tend hens, goats, and grow berries, tree fruit, and vegetables. Her current book project is co-authored with Mark and tentatively titled Slow: Reclaiming the Quiet Virtues. They have three daughters, two sons-in-law, and six grandchildren. 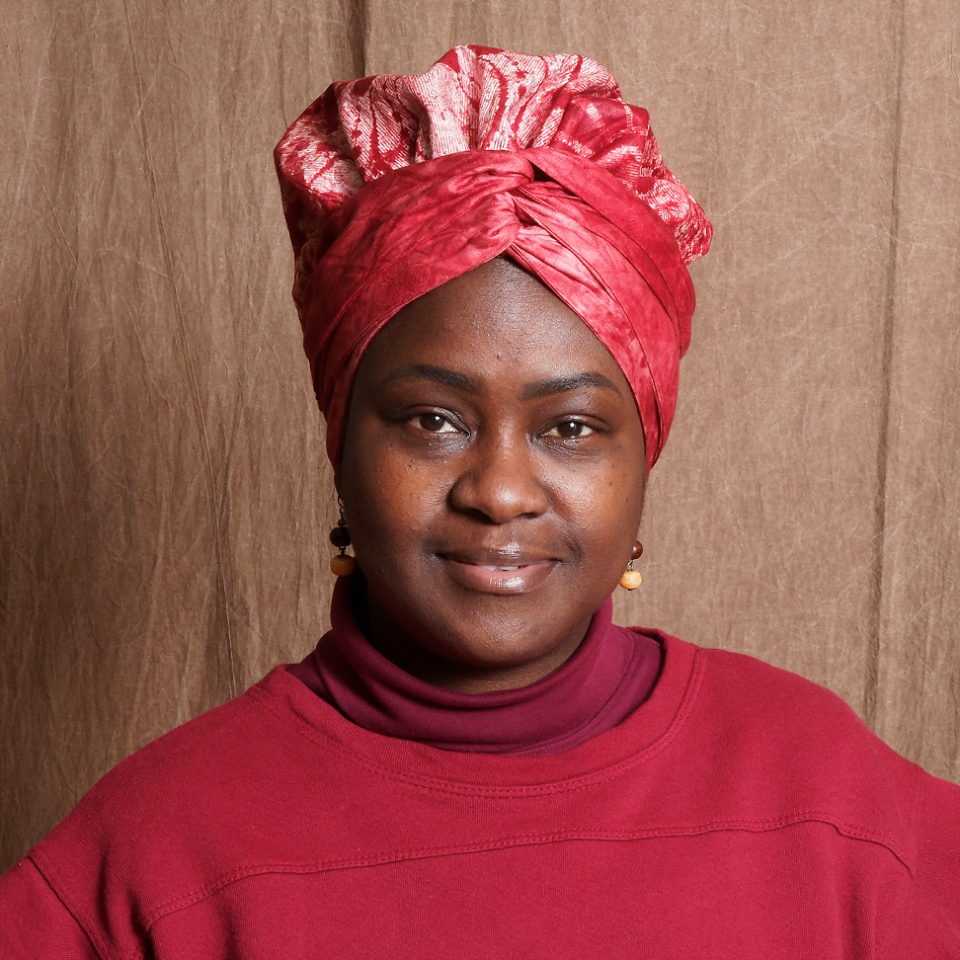 Sussie Ndanyi is a current scholar in Master of Divinity studies at the Earlham School of Religion in Richmond, Indiana. She holds a Bachelor of Commerce degree from the University of Nairobi. Sussie gives attention to policy formulation and governance process, having served as the first female Administrative Secretary of Friends Church (Quakers) Nairobi Yearly Meeting in Kenya. Her extensive experience in ecumenical settings enables her to be a voice of the voiceless. Sussie is inspired daily by the United Society of Friends Women, who have grounded her spirituality. 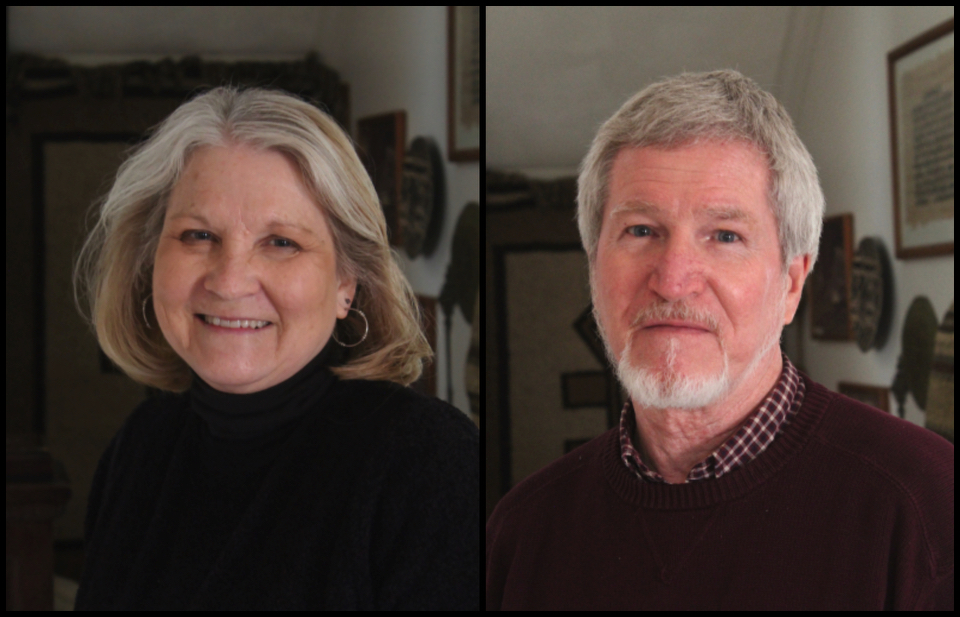 Pam was born and raised in southwestern Idaho. Her grandparents were part of Northwest Yearly Meeting and lived their Quaker witness so faithfully that she determined to follow their example. Pam graduated from Greenleaf Friends Academy, Friends Bible College in Kansas, and Northwest Nazarene University in Idaho.
‍
Ron grew up in central Kansas and, from early childhood, was part of MidAmerica Yearly Meeting. He received his college education from Friends University and Friends Bible College in Kansas and Boise State University in Idaho.
‍
Since their marriage, Pam and Ron have served as Friends youth ministers for two years and co-pastors for three years in Idaho, as Friends co-pastors in Kansas for six years, and in their current assignment as co-pastors at Winchester Friends in Indiana (FUM) for the past twenty-three years. In between those pastorates, they spent three years as Mennonite Central Committee community development workers in a UN refugee project in southern Sudan, over six years as MCC’s country directors in Uganda, and six months as MCC traveling “storytellers” across the US and Canada.
‍
In addition to her current pastoral role, Pam participates in ministry for women inmates at her county’s jail. She is the board secretary and the volunteer manager of her county’s food pantry and serves on the board of directors for Friends Fellowship Community, a senior living center. For twenty years, she has served on the General Committee and standing committees of the Friends Committee on National Legislation.
‍
Ron served in the early 1990s as a death row spiritual advisor for two years for an Idaho inmate. After moving to Indiana in the late 90s, he became the de facto chaplain for the county jail until the pandemic suspended that weekly program. He assists Pam with the management of the county’s food pantry. For twenty years, Ron has served on Friends Committee on National Legislation’s General Committee and its standing committees. He was FCNL’s General Committee clerk in 2020 and 2021 and is completing that rotation as the assistant clerk in 2022. 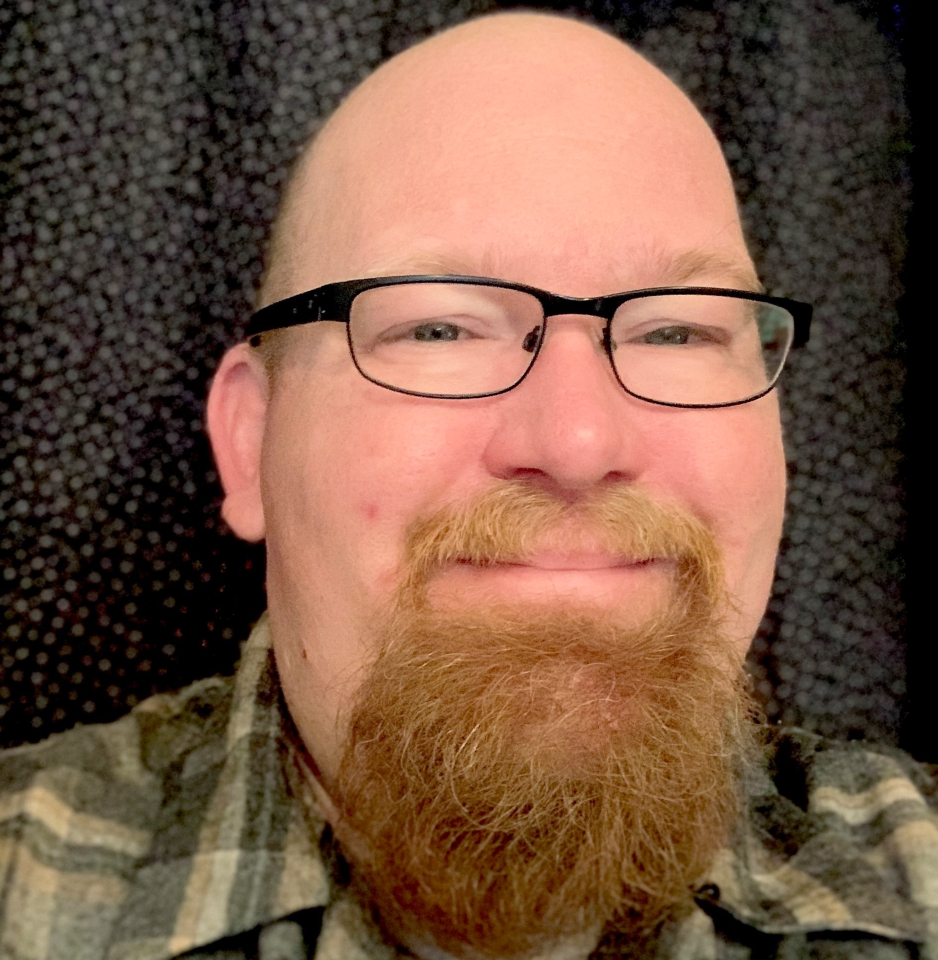 Nate Macy will be leading music and worship for Stoking the Fire this year. Nate is a Friends minister currently released to serve as Pastor of Worship at North Valley Friends Church in Newberg, Oregon, where he has been part of the pastoral team since 2013. He has a Masters in Spiritual Formation from George Fox Seminary. Nate enjoys music, coffee, humor, and the beach.

Saturday workshops will be offered in the same hybrid manner as our plenary gatherings.  Prior to the retreat, participants will be asked to select which workshop they plan to attend. 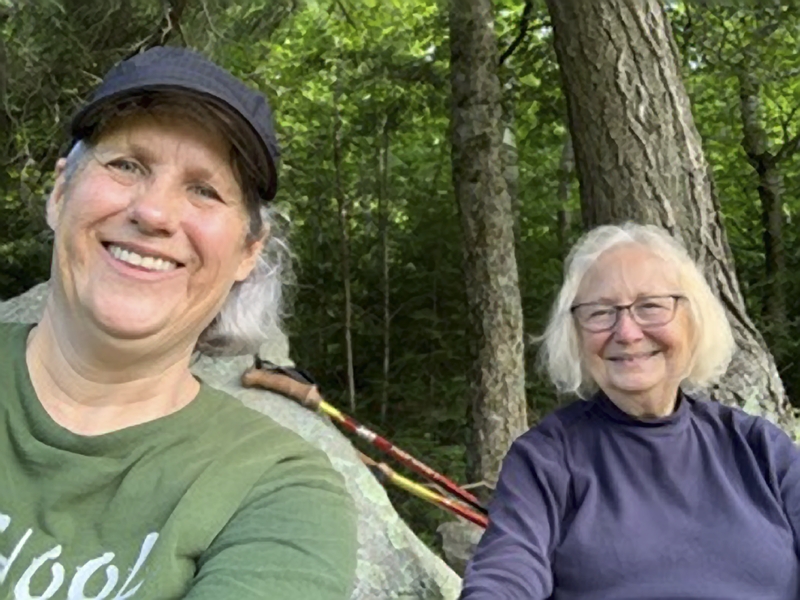 The role and function of spiritual elder is an important one in our meetings, even as it is also often misunderstood. In many ways, elders are those among us who help keep us grounded in Spirit as we live out our faith in our meetings and in the world. If you are curious about what it means to be a Quaker elder today, and/or if you would like to encourage this ministry in the meeting, please join us for this workshop.. It is grounded in the belief that spiritual deepening should, and can, begin at home. By exploring aspects of Quaker faith and process, Friends Meetings and churches will be provided opportunities to build spiritual and emotional bonds between members, learn about and engage in corporate and individual spiritual practices, and explore how to listen attentively and surely for the “still, small Voice” which guides each and all toward wholeness.

Elaine Emily is a spiritual director and lifelong seeker. Her current exploration of eldering has been informed by her life experiences as a mother, grandmother, and social worker, as well as her mystical experiences and connections with a variety of different faith communities and social activists. She has traveled extensively among Quakers as an elder and facilitating workshops about eldering.

Mary Kay Glazer is a spiritual director, retreat leader, Life-Cycle Celebrant and writer. She began learning about Quaker eldering at a workshop in the mid-2000s, after which Elaine Emily invited her to a small gathering of elders to tell their eldering stories. What a wonderful journey it has been! She lives in Greenville, NC, with her husband. 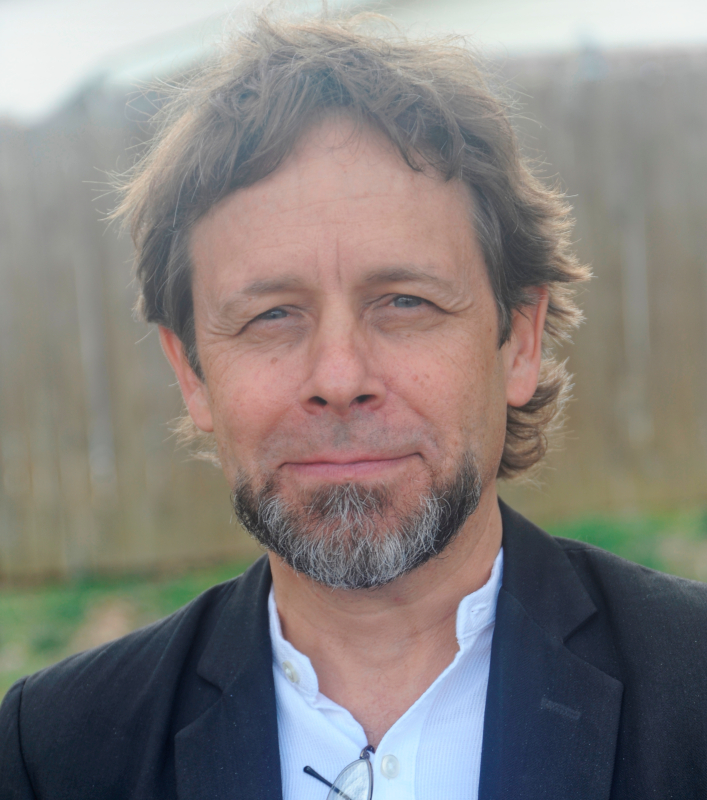 Discerning Call, Acting Vocationally will explore some of the ways we learn to discern God’s leading for our lives and how to focus our best attention and activity on the work and witness that is ours to do. 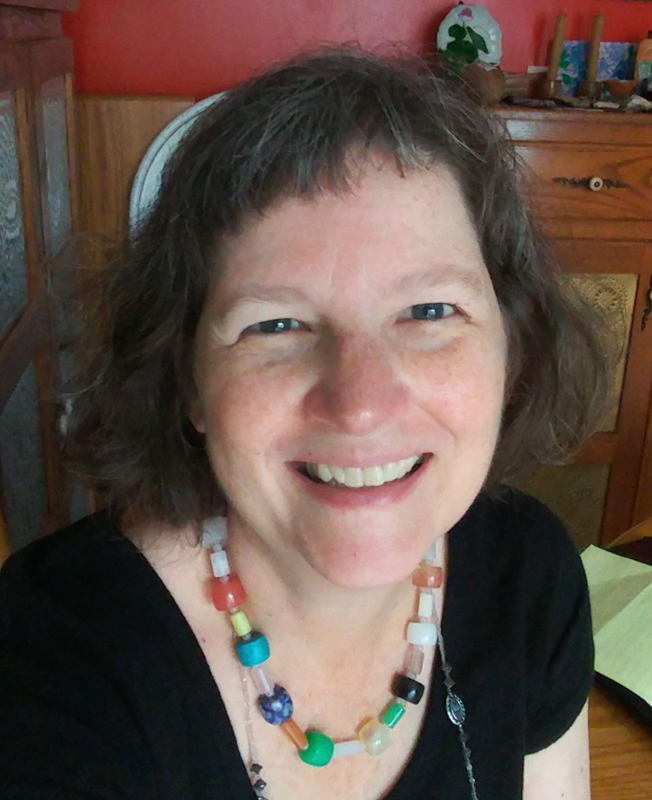 Introduction to Faithful Meetings will overview the Faithful Meetings program offered through The School of the Spirit. It is grounded in the belief that spiritual deepening should, and can, begin at home. By exploring aspects of Quaker faith and process, Friends Meetings and churches will be provided opportunities to build spiritual and emotional bonds between members, learn about and engage in corporate and individual spiritual practices, and explore how to listen attentively and surely for the “still, small Voice” which guides each and all toward wholeness.

Mary Linda McKinney is a member of Nashville Friends Meeting. She is an interfaith spiritual director and facilitator with a gift for creating online and in-person spaces where people feel safe to explore their spiritual lives together. 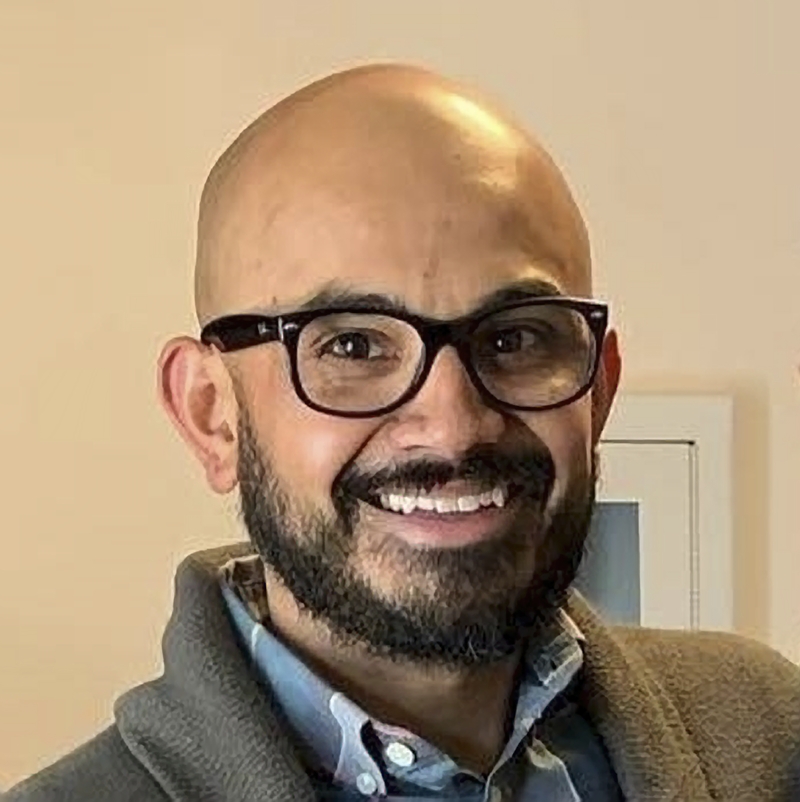 Embodying the Good News will invite discussion around how Friends can engage the world with the gospel (The Good News for All People). In this current age of skepticism, the goodness, beauty, and truth of Jesus can still impart hope, offer meaning, invite belonging, and change lives.

Manny Garcia grew up in Hutchinson, Kansas, where he met his wife,Jenalee. Manny studied pastoral ministry at Barclay College before being called to Iowa as the youth pastor at Middle River Friends Church. In 2013, he was invited to serve as the lead pastor of Bangor Liberty Friends Church in Iowa Yearly Meeting. He earned a master’s degree from Barclay College during his time there. In 2015 he accepted the call to serve in Wichita, Kansas, as Northridge Friends Church's lead pastor. In 2020 he completed a Doctor of Ministry degree in leadership and spiritual formation from George Fox University. In August of 2021, Manny was presented with the opportunity to return to Iowa to serve as the General Superintendent of Iowa Yearly Meeting of Friends. In this role, he is excited to partner with local Meetings and Friends across Iowa, Minnesota, and Wisconsin and our wider FUM body of Friends to reveal God’s kingdom more fully and see His will be done in the various communities served by Friends. 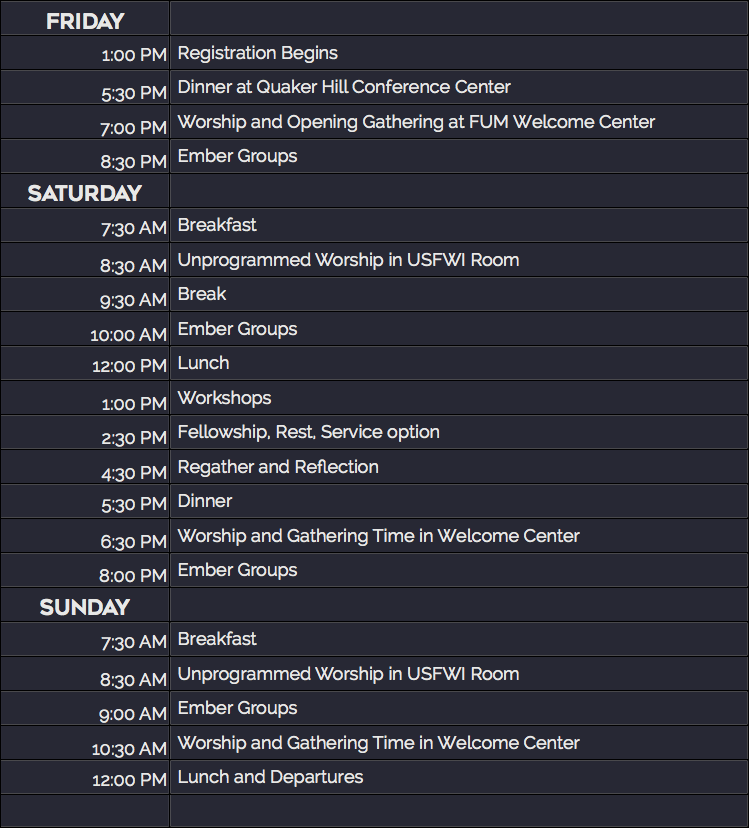 ‍•       Levi and Catherine Coffin House and Historic Site. The cost is $10.‍
•       Walk to Springwood Park and Thistlethwaite Falls. The cost is free.
•       There will also be an organized service opportunity in Richmond for those interested. Those joining online are encouraged to use the time to serve in their local community or get outside for rest/renewal.
‍

For more information about Stoking the Fire, email Colin Saxton.

"Our FUM mission statement says, in part, that we have committed ourselves to energize and equip Friends through the power of the Holy Spirit. I appreciate this yearly gathering of Friends so much because it reminds us that we are first and foremost a faith-based community—not just an organization with legacy projects and global activities—but a spiritual movement of Friends. To gather on Pentecost Sunday is to be reminded of who we really are in Christ, together."