What is Friends Church Kenya? 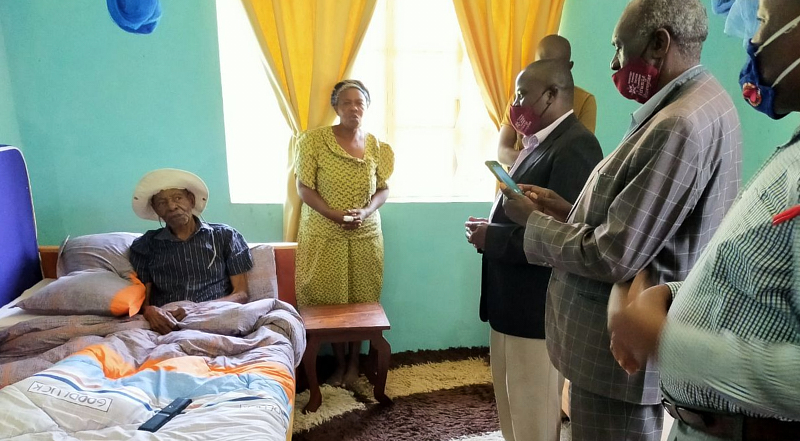 ‍Over the past several months, a number of our news items have described work undertaken through partnership between three Friends organizations working in Kenya: Friends United Meeting’s Africa Ministries Office, the Africa section of Friends World Committee for Consultation, and Friends Church Kenya. Of these three organizations, Friends Church Kenya is least familiar to our non-Kenyan readers. So we offer this brief description of their origins and their work.

The Quaker church in Kenya started in the early twentieth century with the arrival of three young Quaker missionaries from Ohio whose work came to be supported by Five Years Meeting (now Friends United Meeting). In 1902, Arthur Chilson, Edgar Hole, and Willis Hotchkiss settled in Kenya’s Western region, at Kaimosi. By 1946, East Africa Yearly Meeting was established as a self-governing body, including Meetings from Kenya, Uganda, and Tanzania. In 1963, the year of Kenyan independence, Friends United Meeting turned over ownership and control of all mission-originated projects to East African Friends. Since then, FUM has been a partner in ministry with the African Yearly Meetings to provide oversight and financial support for multiple ministries and partners.

As new Yearly Meetings were formed, they together recognized the need for a Kenyan coordinating body that would enable the Kenyan Yearly Meetings to maintain their individual identities but work together nationally. In 1986, Friends Church Kenya was formed, with headquarters at Kaimosi. FCK aims to unify and harmonize all the Yearly Meetings in Kenya, uphold Quaker values and principles under the Quaker Faith and Practice, and represent Kenyan Quaker interests in national matters.

FCK sometimes works in partnership with other Quaker organizations in Africa, such as Friends United Meeting (FUM) and Friends World Committee for Consultation (FWCC). FCK works with Friends United Meeting to promote Peace Education programs in Kenya's Quaker-sponsored schools. The FCK National Education Secretary is responsible for coordinating and managing Quaker schools in Kenya, and works under FCK's secretariat.

Recently, leadership from FCK, FWCC, and FUM formed a collaborative team to work together to raise funds and distribute aid to African affected directly or indirectly by the Covid-19 pandemic. This team also visited ailing retired Quaker leaders in Kenya. In these times, there may well be future opportunities for the FUM/FWCC/FCK partnership to work together for the benefit of African Friends, and all Kenyans.