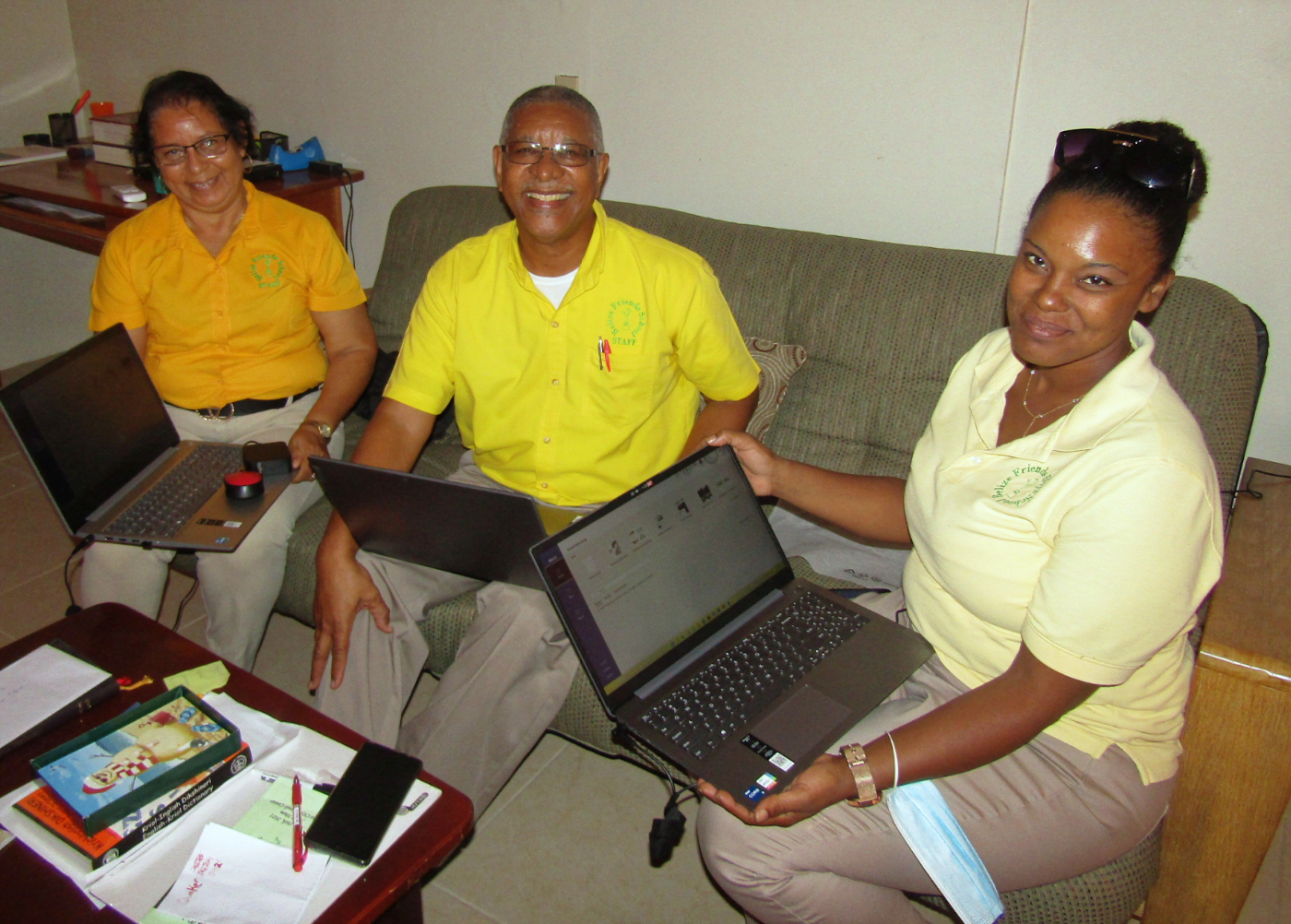 Friends United Meeting wants to express its gratitude to Western Yearly Meeting for their generous donation to FUM for new computer equipment at Friends Theological College, the Africa Ministries Office, and to Belize Friends Ministries. In a technology-dependent world, these tools will be extremely valuable in FUM’s work of equipping and connecting Friends. The grant has already made a big difference in the work of its recipients. This is a gift that has global impact!

At Friends Theological College, Principal Robert Wafula offered these thoughts on the significance of the gift: “Computer studies form part of the most interesting courses offered at FTC. Since many pastors in the field have no personal computers, they are interested in receiving first-hand experience in the use of computers in their ministry. And this is only done when they come back to class. Pictured is one of the recent computer classes in a session facilitated by our computer guru, Kellum Ashuma. Support from Western Yearly Meeting came in at just the right time, when some of our laptops were crying for replacement. We are going to use the money to purchase new and/or refurbished laptops to replace the ones we acquired in February, 2016. FTC students were so excited when we broke the news to them that we had received a donation from Western Yearly Meeting toward the upgrading of the computers in our computer lab.”At the Africa Ministries Office, Kate Gunza, communications and events coordinator,  received a new computer. “Technology is very dynamic,” she says. “Equipping the Africa Ministries communications department with this vital tool means faster, effective dissemination of news from Africa to the rest of the World. My sincere gratitude to WYM for supporting FUM’s ministry priority of serving the FUM community through communication.” As communications coordinator, Kate’s role is vital in keeping African Friends connected to the wider world of Friends, as well as giving Friends elsewhere insight into Quaker ministries in Africa.

General Secretary Kelly Kellum personally carried four laptop computers from the WYM grant on his administrative trip to Belize Friends Ministries, in March. These computers will be used by the principal, office manager, and lead teacher of Belize Friends School. Additionally, one replaces a much older computer used by pastoral minister Oscar Mmbali.