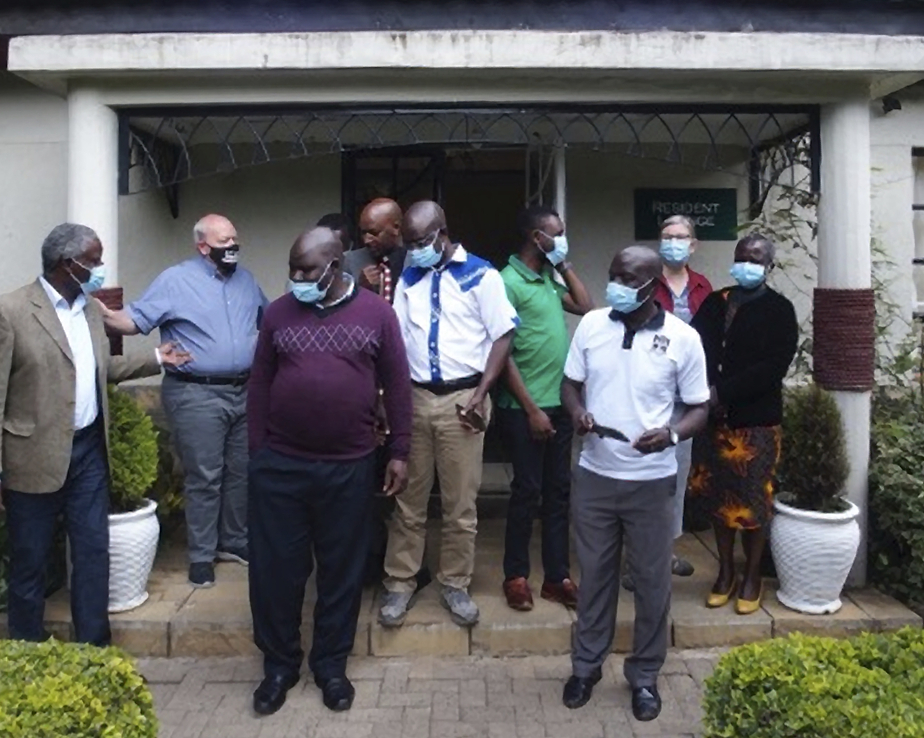 During the first retreat of the FUM African Mission Committee or Friends Africa Board of Missions (FABOM), held at Noble Hotel in Eldoret in August, the Board explored what they need to do to make mission a part of the work of the African Church. During the retreat in Eldoret, it was clear that the committee needed to develop a mission, vision, and strategy for African missions. The purpose of the Friends Africa Board of Missions (FABOM) is to fuel the engagement of African Friends in fulfillment of the Great Commission across the world. The mission statement developed at the retreat directs FABOM to energize, equip, and send African Friends to mission fields to fulfill Jesus’ Great Commission through the power of the Holy Spirit.

This marks a new beginning for African Friends, the sleeping giants in missions mobilization in Africa. It is now the time for African Friends to engage in the mobilization of all God’s people into meaningful involvement in the world Christian movement, and for local churches to become genuinely missional. This is in line with fulfilling God’s mission agenda for the world and his agenda for his church. No longer can the Quaker church in Africa see FUM missions as the going church, the receiving church, or the recipient church. For we are a missional community, and all Friends are being called to go, receive, and give for the sake of Christ’s missions to the world.

This new development marks a paradigm shift from the model established by Western missionaries in the early 1900s, when they started training pastors for churches in Kenya. At that time, all pastors whom the Bible Training Institute trained were made teachers and sent to various parts of the country where the Quaker churches had been established and schools opened. The missionaries paid the pastors as teachers—but not as pastors. Teachers performed their pastoral duties as volunteers, because they received their salaries for teaching. Thus, the local churches understood pastoral work as volunteer work. Local churches were never encouraged to give offerings or donations to support their pastor, up to the time in 1964 when the missionaries left without committing the local churches to take responsibility for their pastors.

This system has continued to the present day, and most pastors in the Quaker church in Kenya struggle to make ends meet. Most Yearly Meetings have not even developed any terms and conditions for their pastors, and so each pastor depends on what the local meeting will give to them at the end of each month. It is not very encouraging for new, young pastors to join the Quaker pastoral ministry. They do not see a promising future, but what keeps them engaged is serving God faithfully. Nairobi Yearly Meeting is the only Meeting with reasonable terms and conditions of service for pastors.

The lack of a pastoral structure in our Kenyan Yearly Meetings has affected the growth of mission work in the region. There are many with a call to mission, but the support systems are not yet in place. We still expect to receive funds from the West to support our missionaries within Kenya. In this regard, the paradigm shift by the Friends Africa Board of Missions is working to arouse the sleeping Kenya Quaker church as a giant in sending and supporting missions.