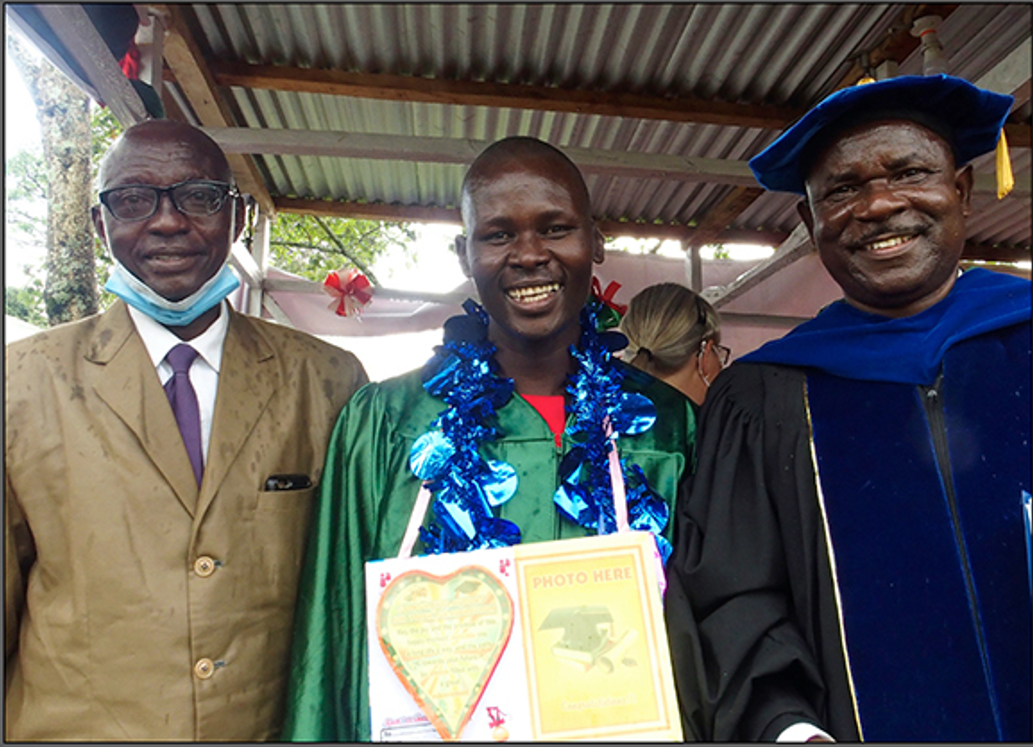 For this year’s double celebration, the focus remained on the safety of students, staff, family, and friends. The in-person ceremony at the FTC Campus followed government safety guidelines. Covid-19 still remains a concern in every public place where people congregate, but the College instructed each graduand to be accompanied by only one guardian, thereby avoiding exposure and influx in numbers at the campus.

One notable presenter at the event was Salvation Army Territorial Commander Stephen Chepkurui, who expressed his appreciation for the good relationship between the FTC community and the Salvation Army. The Salvation Army has enrolled over sixty students at the FTC main campus in Kaimosi, some of whom graduated on this day.

For FTC, over 200 students graduated in various programs, including sixteen with bachelors degrees, seventy-four with a certificate in pastoral ministry, sixty in chaplaincy, sixty-four with a diploma in theology, and fifty-nine in leadership and spiritual formation. The students came from the main campus and satellite campuses, including the cohort station in Samburu. In addition, clerks and other Yearly Meeting leaders received certificates in leadership and spiritual formation after completion of the new three-module class at FTC.

In the spirit of the celebrations, FTC Principal Robert Wafula acknowledged and performed a hooding ceremony (presentation of academic regalia) to John Muhanji, who received his Doctor of Ministry degree from George Fox University over a Zoom video call in May of this year. The hooding at FTC was a recognition of Muhanji’s academic achievement, and an official welcome of Dr. Muhanji into the Quaker community in that capacity.

Academic Dean Rodgers Wekesi appealed to students to consider registering for FTC’s new programs (Diploma and Bachelors in Chaplaincy), as learning is a continuous process. He encouraged graduands to consider transitioning into higher level programs.

The day ended in heavy rain—a symbol of blessings in Kenya—as students crowded under tents to receive their diplomas.