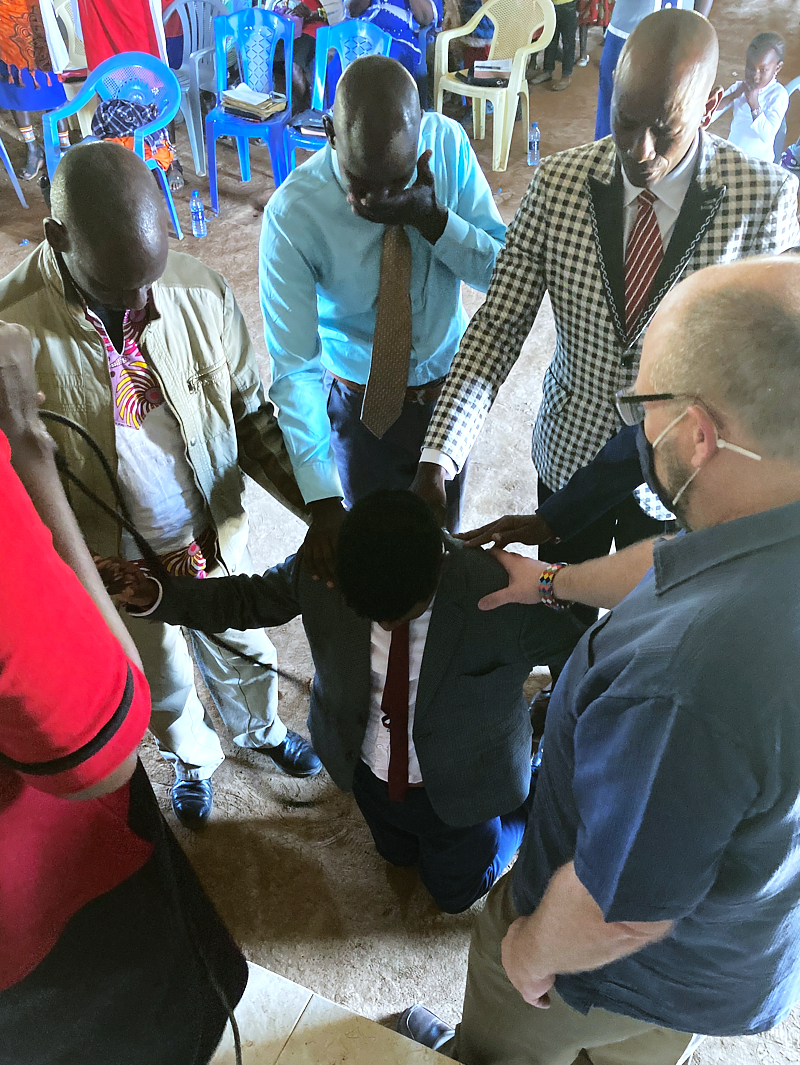 A little over a year ago, in February 2020, Samburu Friends Mission Director Sammy Letoole submitted his resignation. After eight years of able leadership, he was ready for a challenging new way to serve his community through Samburu County Special Projects management.

At that time, the group of mostly-new Samburu Friends Mission Board members had to jump into action and step up to help lead the mission. One of the new Board members was Daniel Lentirangoi, a recent university graduate who was representing his Lorumoki area. The Board asked him to serve as an interim administrator to keep things moving while a search could be formed for a new director. Just a few weeks later, many activities came to a screeching halt due to the Covid pandemic. But Daniel and the Board managed to keep things moving ahead as they were able.

Daniel is a teacher by training and is looking forward to additional opportunities to learn as he works alongside the Board and pastors. He is eager to grow in this role, and become an even better leader. At the end of March, Daniel will join a modular intensive cohort of students at Friends Theological College to begin some courses in pastoral theology, church administration, and leadership. Hopefully, sometime soon he will also be able to travel to Turkana Friends Mission to shadow their leadership and be mentored by John Moru for a few weeks.

On Sunday February 28, a number of area pastors gathered for worship and dedication, along with FUM Africa Programme Officers Shawn and Katrina McConaughey, and former Samburu Director Sammy Letoole. Shawn McConaughey shared from 1 Peter 5 the advice to shepherd the flock—not under compulsion, but willingly and with humility. To a group of people who are largely shepherds, this was advice to which they could all relate. Then the group of pastors gathered around Daniel, laid hands on him, and offered prayers of dedication. Nothing will be perfect, but if we keep our eyes focused on the Good Shepherd, we will all be in good hands. Let us all pray together for the work of Samburu Friends Mission.