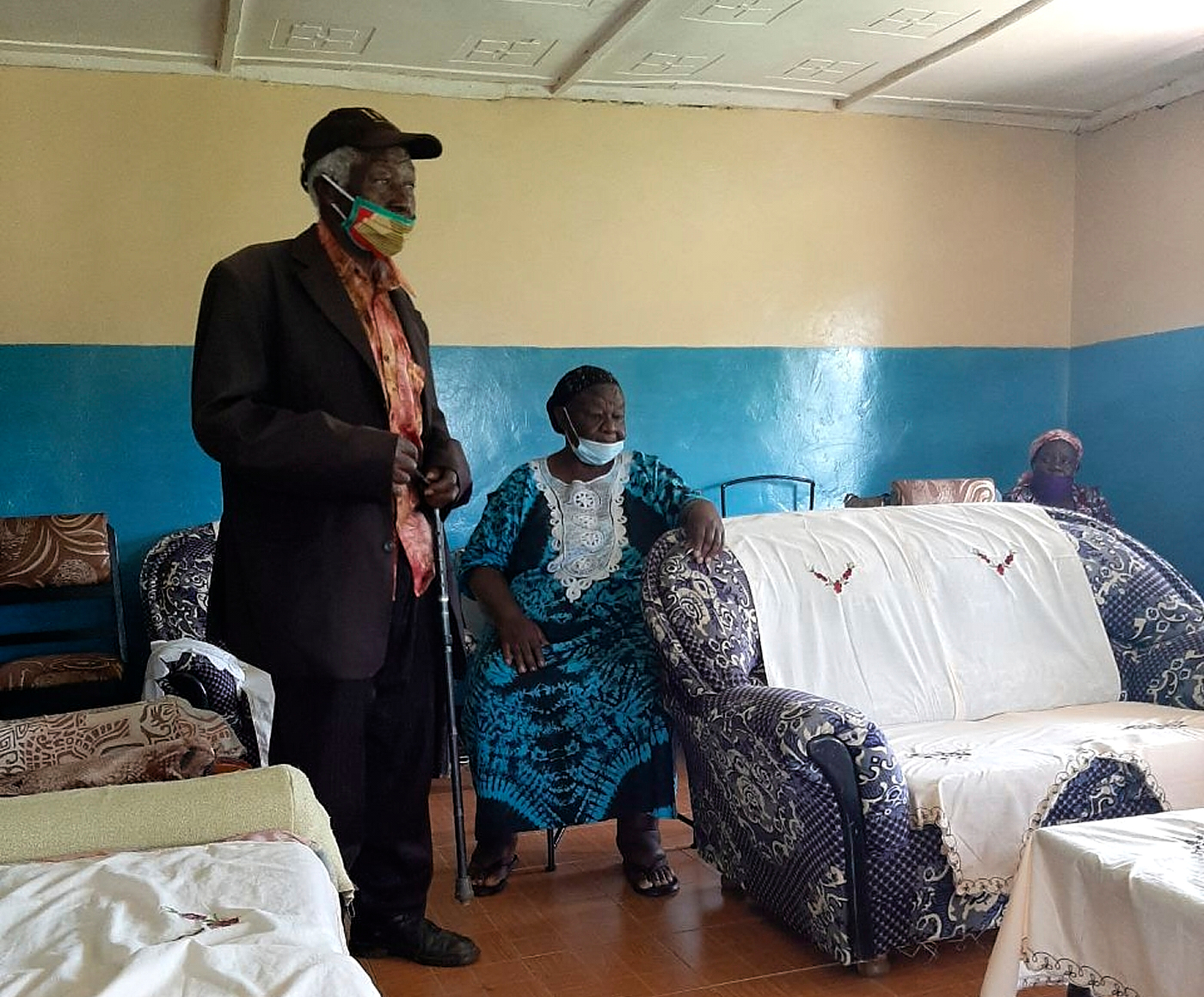 One of the African values I have come to appreciate is the emphasis on honoring elders.  Robert Wafula (principal at Friends Theological College) tells a story about his father instructing him that he should be ready to help anyone who has grey hair no matter their tribe, economic level, or faith.  I’ve also heard Kenyans talk about how every mother in the village is your mother when you are a child.  All were to be obeyed.  This is taught and carried out in many ways each day in Kenya and throughout Africa. Of course, the older people always think that the younger generation has forgotten them. But the honor is still more prevalent that it often is in the west.

Wazee (wah zay) in Kiswahili is the plural word meaning “elders.”  The singular “elder’ is mzee (mm zay).  It is more than a reference to age, but also holds a sense of honor and respect. This sense is celebrated in the church.  The word of elders is seriously heeded, their sometimes lengthy word excused, and their influential wisdom sought.

At our church in Kisumu we honor the older widows and widowers at Christmas time with gifts.  At a Yearly Meeting USFW conference we attended, a good amount of time was spent in a sort of parade of the past USFW leaders.  They were adorned with colorful tinsel, necklaces, and flowers.  They were called up and their names and positions of leadership were read out.  This went on with about forty women.  It was impressive and so much fun as they danced the best they could up the aisle.  Younger leaders accompanied them as they found their seat of honor.

The African COVID-19 Collaboration carried out by FUM, FWCC, and Friends Church Kenya sought to honor a number of former Quaker leaders.  Several of these folks were in their 80s and 90s.  They are homebound and potentially especially susceptible to the spread of the virus.

The team was able to spend a good amount of time talking with each leader in their village home.  There are very few nursing homes in Kenya—mostly for those who have no family. People hope to live on their property until they die.  They live out their lives surrounded by family and the neighbors they have known for most of their lives. Often grown children or grandchildren live there as well, caring for them.

Each recipient was dressed-up for the visitors, with smart ties and colorful dresses.  It is a huge honor to remember these Friends who led the way in a number of Quaker ministries—some were missionaries to other people groups, pastors, USFW leaders, Yearly Meeting leaders, etc. Of course, the team could not honor everyone, but they were able to make visits to eight notable wazee.

During this time of being cut off from our elders, what are you doing to honor those who have been instrumental in your life and church?  Have you considered the depth of loneliness that is only heightened during these times of separation?  Who might you want to honor today in some way?