In Season and Out of Season Evangelism at Kigamboni Mjimwema: A Letter from FUM Living Letter Nicholas Otieno 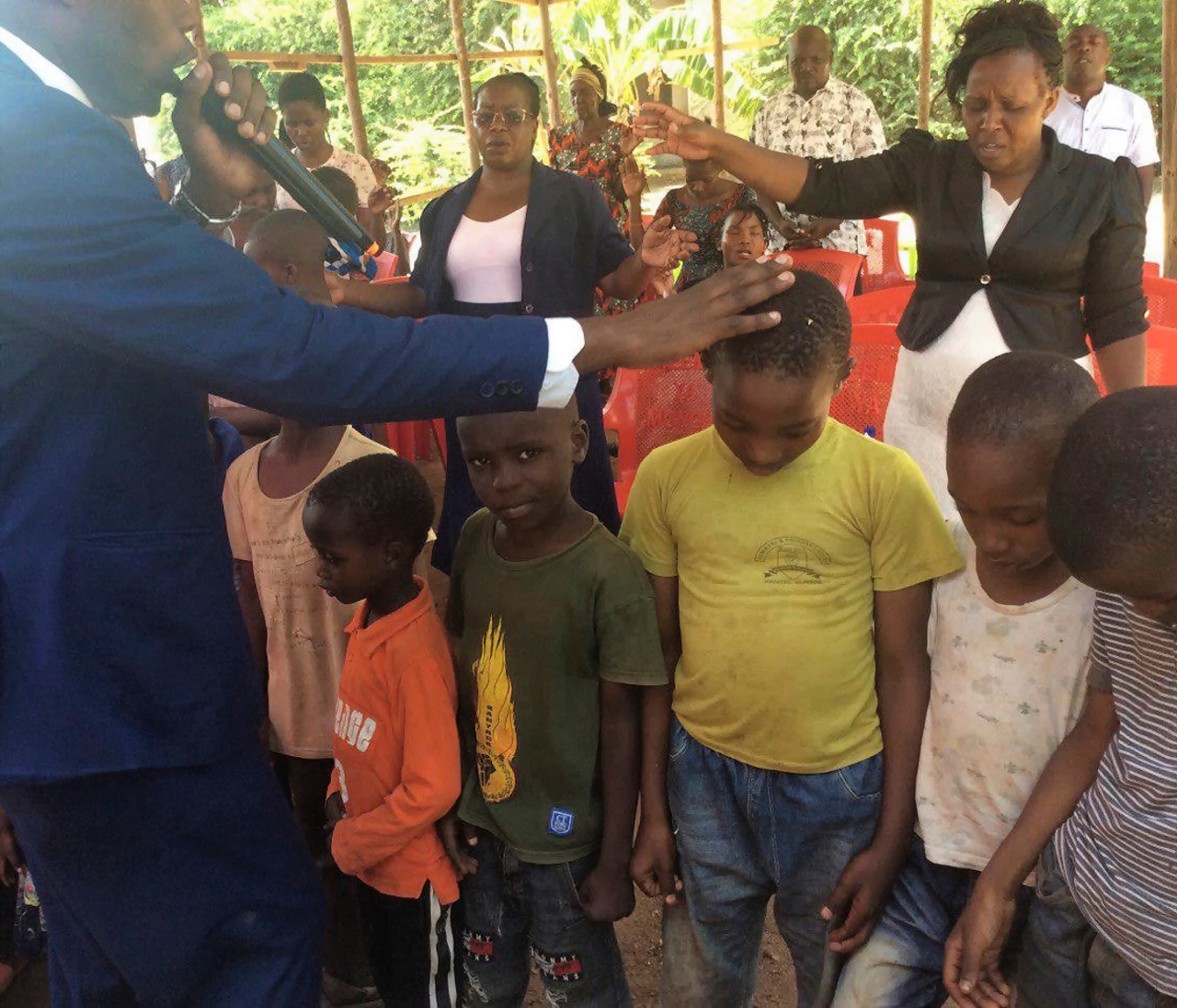 Dar es Salaam is a principal commercial city of Tanzania and a de-facto seat of most government institutions. As a major sea port for the country, the city is densely populated with more than six million cosmopolitan people, intermingled tribes from different corners of the country. The residents of Kigamboni district are a mixture of Muslims, Christians, and traditional religious backgrounds.

On 4 November 2021, a team of four pastors led by Pastor Victor, of Rongai Monthly Meeting from Nairobi Yearly Meeting, joined us in Dar es Salaam in order to engage in a search for lost souls around Mjimwema and Maweni villages, where Friends Church Dar es Salaam is now located, in Kigamboni district. They arrived exhausted, but also ready to be fishers of men. Since we moved the church from Ubungo district in August 2021, the people around have been anticipating learning more about the new Quaker church. With the Nairobi team, we reached out to more than eighty people, and the response was very positive. More than seventy of those people shared their contacts with us. Evangelist Samuel and his family, who live in Maweni, were so excited to be part of our Friends church. The people living in the neighborhood of the church had a very remarkable reception.

As our Lord Jesus Christ walked the dusty roads of Nazareth and even beyond, so did we. As a church, we walked through market places and everywhere and we met all manner of people whom we could not meet in our pulpit. The team did an excellent job for two days and it was impactful. Since last week, pastors and evangelists from various ministries and churches have been seeking us out to learn more about the Quaker church faith and practice. Interests are being developed and we are doing our part to make the Lord known. On this note, we are likely to disciple and adopt other ministries in the near future.

The Apostle Paul told Timothy to do the job of evangelizing by taking the gospel on the playgrounds of the inner cities and streets. The responses have been very positive as we continue doing follow-up missions. Some families are joining. Several people were touched by the messages and deliverance services. We appreciate the prayers and support from Friends and Pastor Victor and his team from Nairobi Yearly Meeting for their readiness to be part of the Great Commission. We would love this kind of relationship with Nairobi to continue since we are both in urban areas. By this, the people around realize that Friends (Quakers) are a mature church. The Holy Spirit led us and we followed.

As a church, we are still new in Kigamboni district but now are developing great influence around Mjimwema and Maweni. Evangelistic outreach will continue the first week of every month for the next six months until our impact is totally realized beyond Kigamboni Ferry and Nyerere Bridge. College students connected to our church are beginning to arrive back from study field attachments and holidays, and so the month of December will be convenient for revival evenings and discipleship missions.

We will also be launching boat evangelism, so that we may reach out to fishermen and fish dealers around the beaches along the ocean. We are hoping the Lord will help us to get finances for hiring boats and equipment in order to accomplish our missions. This will have a significant impact that will transform all the residents of Kigamboni and the church will grow.