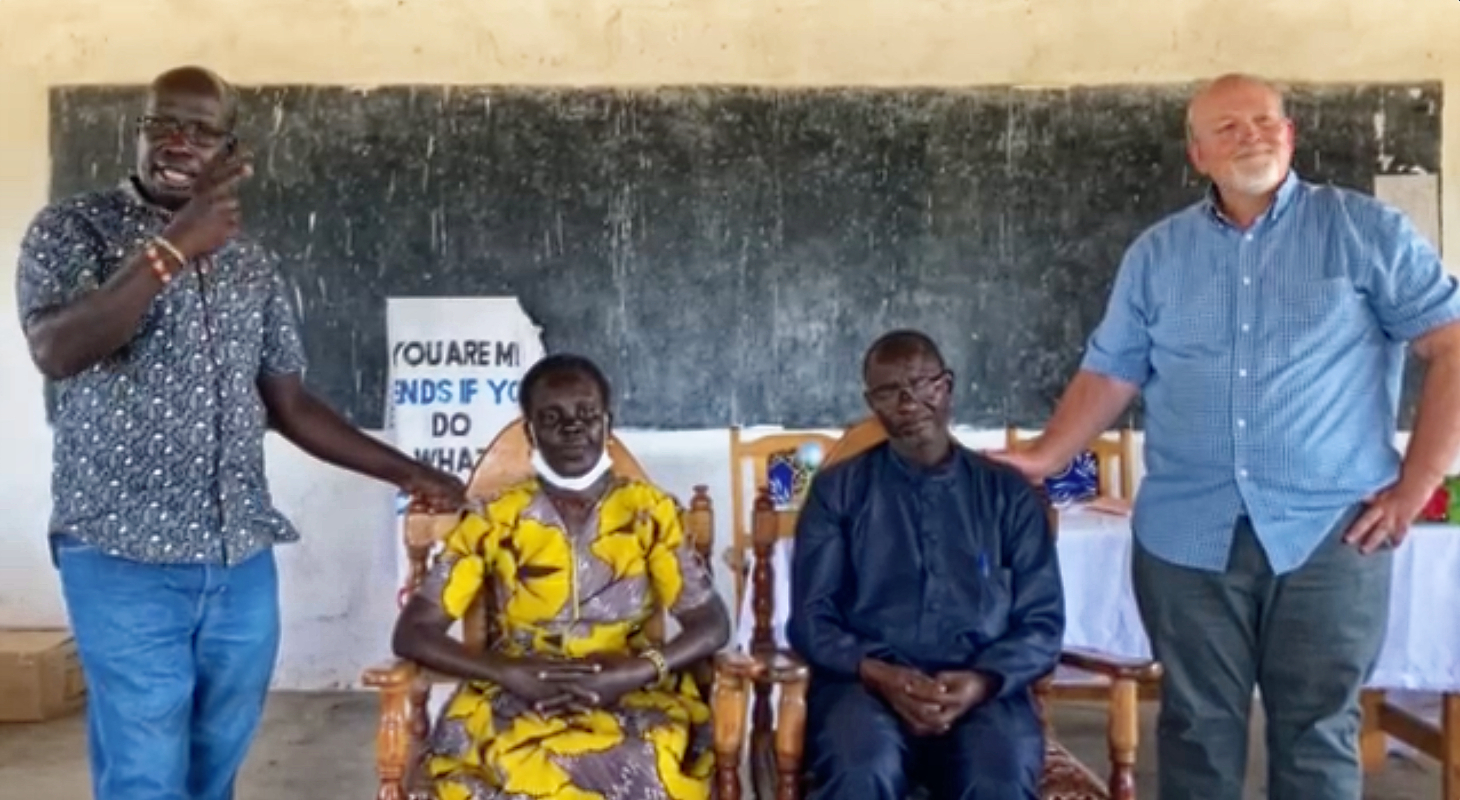 “It was important for me to visit the Turkana Friends Mission during this trip to Kenya. For one thing, I had never been to Turkana before. Additionally, it was very disappointing for Turkana Friends when they had to cancel their fiftieth anniversary celebration, which was being planned for immediately after the 2020 Triennial, which was also canceled. And in December, John Moru Losike is preparing to step down after twenty-six years of committed service to Turkana Friends Mission, and twenty years as the director of the mission. He will continue serving as a local church pastor, but he has the long-term vision of becoming a missionary to South Sudan.So we went as a staff to honor John’s service and to celebrate this important milestone for the mission.

“We were greeted with a blast of hot and dry Turkana air the moment we stepped off the airplane at the Lodwar airport. It was a joy being welcomed by the clerk of the board, John Lomuria, and the incoming director, Peter Emana Loteng’an. That evening we met with several members of the mission board, including John Moru.

“On Friday, mission leaders gave us a tour of several Friends churches. The first stop was at Nakwei Friends Church. This church is a simple tin building, that also houses a small preschool. This is also where World Vision drilled a borehole, which is a popular gathering spot for both camels and the community. The Friends Church is working on a project laying pipes from the well to the property.

“Next, they took us to Kalongolomoe Friends Church, which is likely the newest Friends church in the world. The church, that meets under a simple tree, was established during a revival service held in June. It was a humbling experience gathering with Friends under that tree, and I was blessed knowing that God is gathering Friends in that desolate and sacred place. From there, John Moru took us to Lokoyo, where he is serving as the pastor, and his wife, Grace, teaches preschool children and leads women’s empowerment groups. Years ago, FUM drilled a borehole nearby to provide water for the community. In addition to the church, the mission oversees a primary school at that location.

“The following day we traveled to Kalokol, the location of the early mission, where Friends once provided a technical school, guest house, and an orphanage. The Kalokol Friends Church remains active. There, the FUM team and the church members, pastors, and mission board gathered to celebrate John and Grace’s service to Friends. It was a beautiful service with lively music, speeches, and introductions. I gave a message from Matthew 5, and spoke of John’s witness, to Turkana and beyond, as a light to the world. FUM presented the couple with several gifts, including a solar power and lighting system. We could not help but notice that while the celebration was in their honor, John and Grace were seated in the back of the room with their members. After having a late meal at Lake Turkana, we returned to our guesthouse in Lodwar.

“On Sunday morning we worshiped with the Friends in Lodwar, had a final meal with mission leaders, and returned to the airport to fly to Eldoret. During the visit, we discussed several vital ministry priorities, including the girl-child education program, water projects, development of a mobile medical clinic, and expanding the mission’s financial sustainability programs.

“Personally, visiting Friends in Turkana was such a blessing to me. Turkana is such a harsh and dry place, yet it’s a place where Friends are growing and flourishing, and I am reminded of the words from Isaiah 35:1, ‘The wilderness and the dry land shall be glad, the desert shall rejoice and blossom; like the crocus.’”