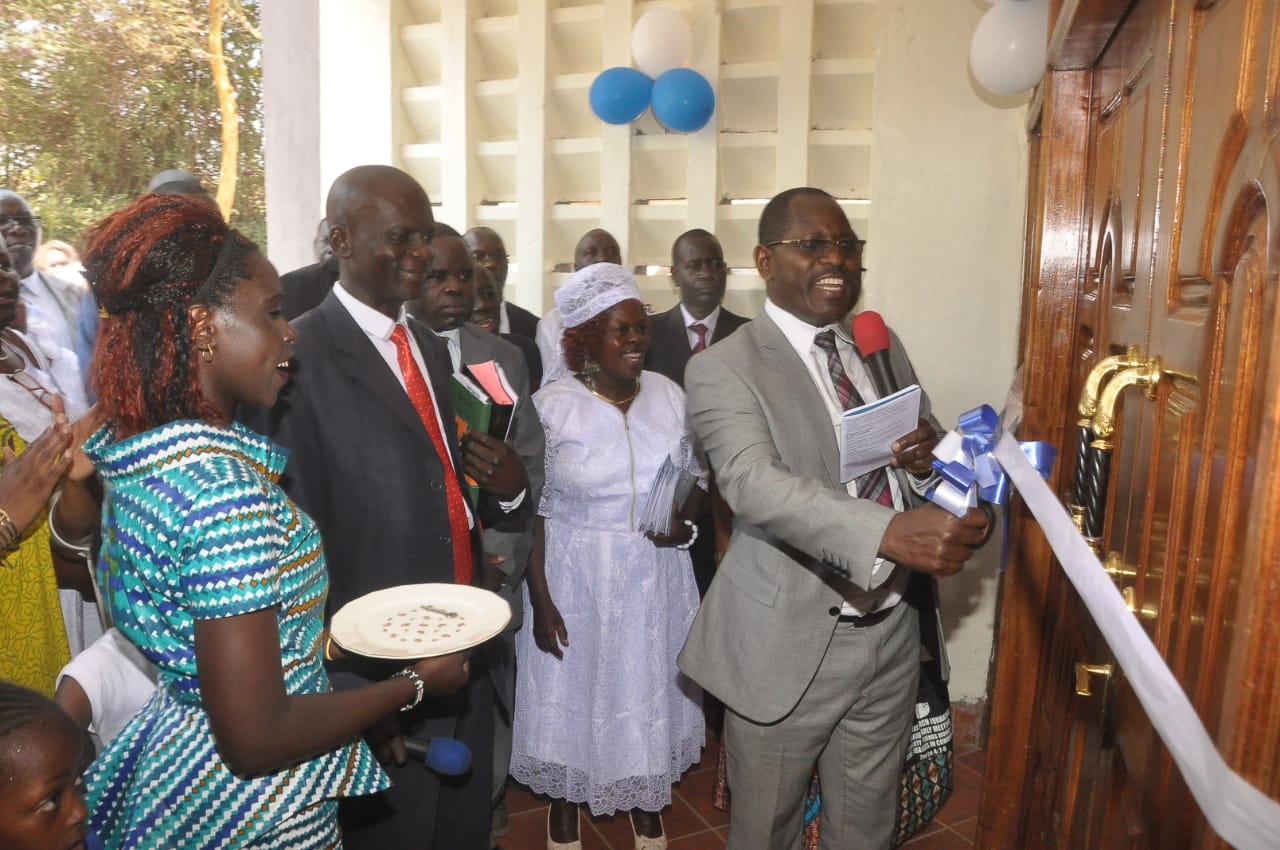 Friends Church Dandora Sanctuary has officially been opened to the congregation. In a function presided over by the Presiding Clerk of the Nairobi Yearly Meeting, Stephen Magwilu, assisted by the Nairobi Yearly Meeting General Superintendent, Pastor Churchil Malimo, on Sunday 3rd February 2019, the congregants were called upon to embrace Unity and forge peace amongst all.

The church was opened with an initial congregation of 30 people led by its first Presiding Clerk Solomon Luvuga. The church membership grew rapidly in the 1980s and the 1990s clocking nearly 450 members today.

The early members began congregating at the Nairobi City Council Social hall in Dandora Phase 5 for worship service. The Church would purchase its first plot in 1987 in Dandora Phase 4 and eventually through the Grace of God we acquired the current land in 1992. A temporary Church structure of wood, mud and iron sheets was built where the worship services were conducted until 1999 when the structure was improved to semi-permanent.

The General Superintendent, Churchil Malimo, spoke on the need of the congregants and the church leadership to ensure that the sanctuary is a House of Praying and not a House of Playing. Picking his inference from a video clip where a child was struggling with a dog over the dog’s puppy, the GS insisted on the need of the church congregants and the Leadership to focus wholesomely on the spiritual growth and wellbeing of the church.

The function was attended by all the Monthly meetings representatives within Nairobi and Langata Quarterly Coordinating Committees, ODM nominated Senator Dr. Getrude Musuruve, who is also a member of Langata Monthly meeting was in attendance.

In 2009 the Church deliberated and agreed that it was time to build a decent meeting house that would not only accommodate the increasing number of worshippers but also respond to the ever growing demand to serve the Lord. The ground breaking ceremony of the new Sanctuary was done by the then Presiding Clerk of NYM Dr. Churchill Kibisu and dedicated by the then General Superintendent of NYM Pastor Henry Apencha. Through God’s Grace and favour we have reached where we are today.