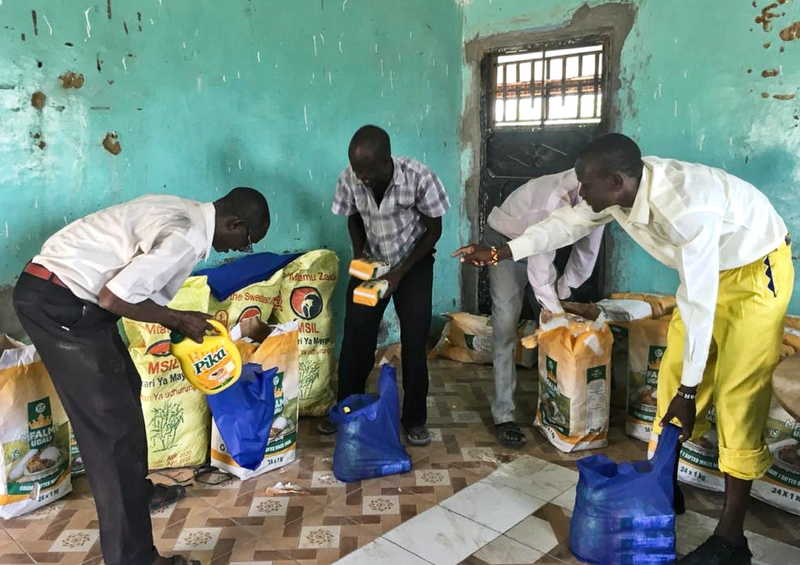 As soon as the COVID-19 public health measures were announced in Kenya, the leaders of Turkana Friends Mission realized that people would suffer. Turkana is in a remote, untraveled corner of Kenya, so the risks of actual disease transmission were relatively low, but the economic impact of the closures would have a potentially catastrophic impact on the lives and livelihoods of a community that already subsisted on the margins of the Kenyan economy.

In April, Turkana Friends Mission applied to FUM for funding from the COVID-19 Solidarity Fund to begin food distribution to households that were at the highest risk of food insecurity, including the elderly, people with disabilities, and single-parent families with children who were sent home from boarding schools because of the pandemic. They planned to give each household five kilograms of maize flour, three liters of cooking oil, and two kilograms of sugar.

Some of the challenges that Director John Moru Losike reports: pressure from neighboring households who were not assisted; awareness of needs (particularly medical) within the assisted households that the team were not equipped to address; and the lack of transportation infrastructure which made it hard to reach some locations.

FUM’s COVID-19 Solidarity Fund has distributed over $13,000 so far to assist people in Kenya and Belize who are most severely impacted by the economic disruptions of our world today. Thank you to all Friends who have donated to the Fund!