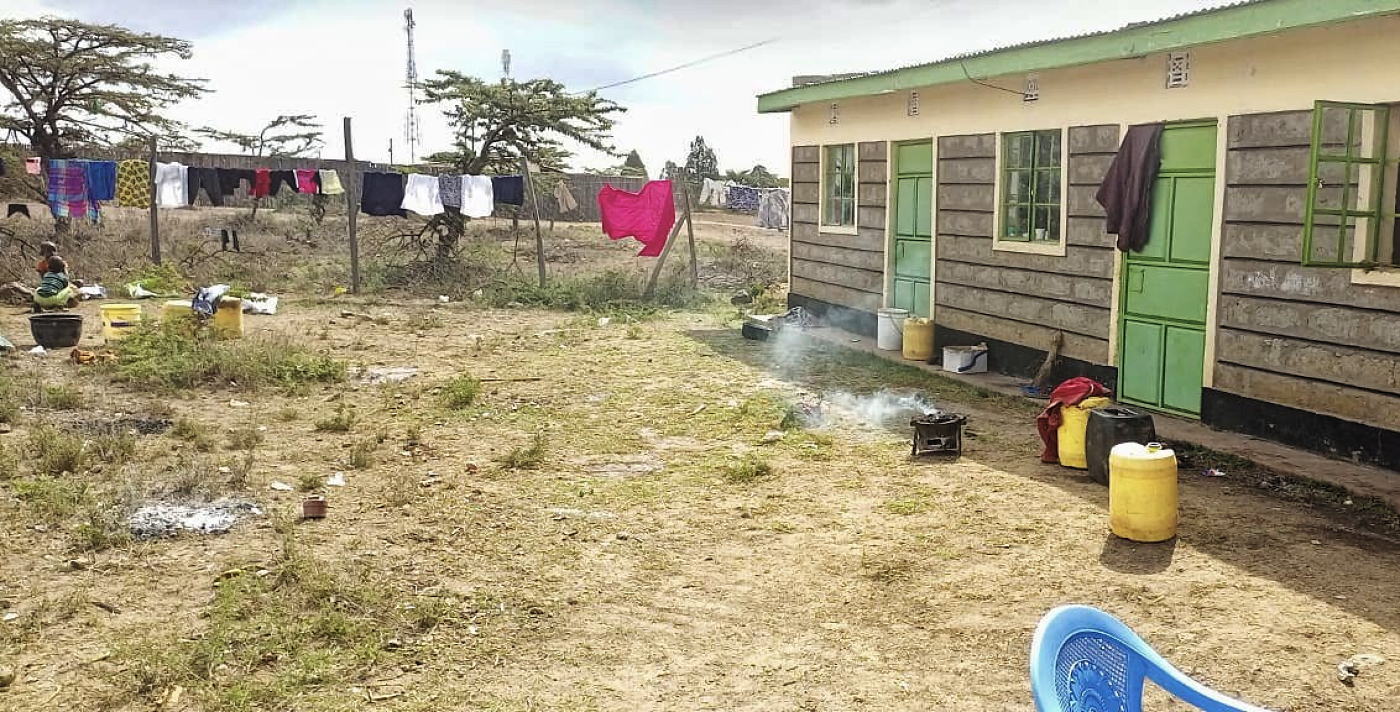 Warfare and cattle rustling among pastoralists in the arid and semi-arid areas of northeastern Kenya date back well into pre-colonial times. The border between the Samburu and Pokot communities has been plagued by perennial fighting over dwindling pasture and consequent retaliatory attacks. Not only are lives lost in these clashes, but properties are also destroyed, and residents are sometimes left homeless. It was these sorts of clashes that resulted in the destruction of Samburu Friends Mission’s Upper Hill Dispensary several years ago. However, conflict between the two communities was resolved and they have co-existed peacefully for the past ten years. Recently, though, violence has again broken out. Since 2019, Samburu County has experienced a rain shortfall which has resulted in the death of numbers of livestock. Some herders have been left without any animals. When the rains came in the month of April, pastoralists in the Loko and Lorian areas of Losuk moved to go and look for green pastures in those areas. Unfortunately, they were attacked by the Pokot. Four Samburu pastoralists were killed and their livestock was taken. To date, the herds have not been recovered. Among those killed was a form four graduate who was the son of Pastor Jackson Leparkumoi, a pastor in one of the Friends churches in Samburu. The son had just completed high school and was waiting for his examination results from Maralal School.Deaths like these create a great deal of stress in the affected areas. As a result, the residents of those areas migrate to settle in safer places. The Losuk Empowerment Centre, built by Samburu Friends Mission and Friends in Losuk, is one of the places presently serving as a refugee camp. Two of our pastors, from the Upper Hill and Lorian churches in the affected area, are also living now in the Losuk Empowerment Centre. Samburu Friends Mission as a whole has been affected by this violence, as two churches are closed and a son of the community was lost. But they are optimistic that justice will be served and peace will prevail since the government is looking for the instigators.Samburu Friends Mission asks that we join them in prayer for•    Peaceful coexistence between the Samburu and Pokot communities. May the elders find the best conflict resolution methods to end the attacks. That normalcy may return in the Lorain and Loko areas.