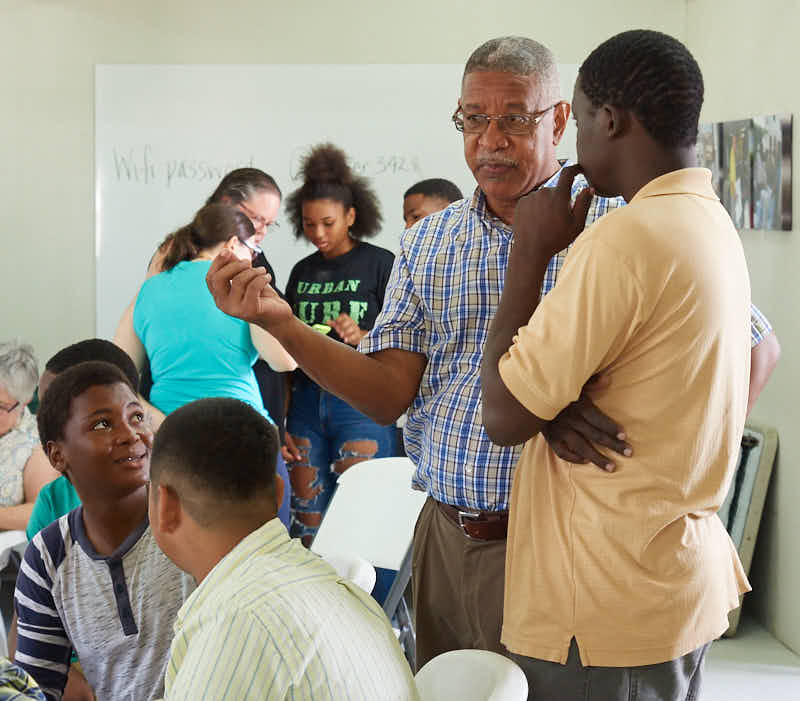 After seventeen years with Belize Friends School, Candi Young left her position as Principal at the end of the last academic year, and the Clerk of the School Board, Liz Ayuso, announced in August that the Board has hired Frank Tench as the next Principal.
‍

“Ms Candi,” as she is affectionately known, touched the lives of countless at-risk youth in Belize, and is beloved by FUM Friends around the world. Her service as classroom teacher, and later Principal, saw the school through a period of growth, including the move to a new facility. She will be greatly missed.

“Mr Tench” is a household name in Belize, as the country’s TV weatherman. He first became interested in the school because it sat across the street from his home. His involvement progressed from concerned neighbor to Weather Bureau tour guide to Belize Friends School Board member. He became the lead teacher for the Adult Education Program, before filling in as Acting Principal during Ms Candi’s maternity leave in the first half of 2019.

Mr Tench says that he is “overjoyed” to be appointed to this important leadership role, and that he is committed to “working as hard as I did during the acting principalship, to make our students the best possible students, those we can be proud of, come 2020.” He is also looking forward to" a very dynamic working arrangement with staff members old and new. Nikki [Holland]’s fervor just encourages me to work eagerly with her for the next years I’ll be here.”

Since the school’s lead teacher, Athina Major, has just begun a study leave in order to complete her degree, one of the first duties of the new Principal will be to hire a qualified teacher. Over the course of the academic year that is just beginning, Mr Tench will also shepherd the relicensing of the school, increase of enrollment, and strengthening of the School Board. Please hold Frank Tench and the entire Belize ministry team in your prayers.