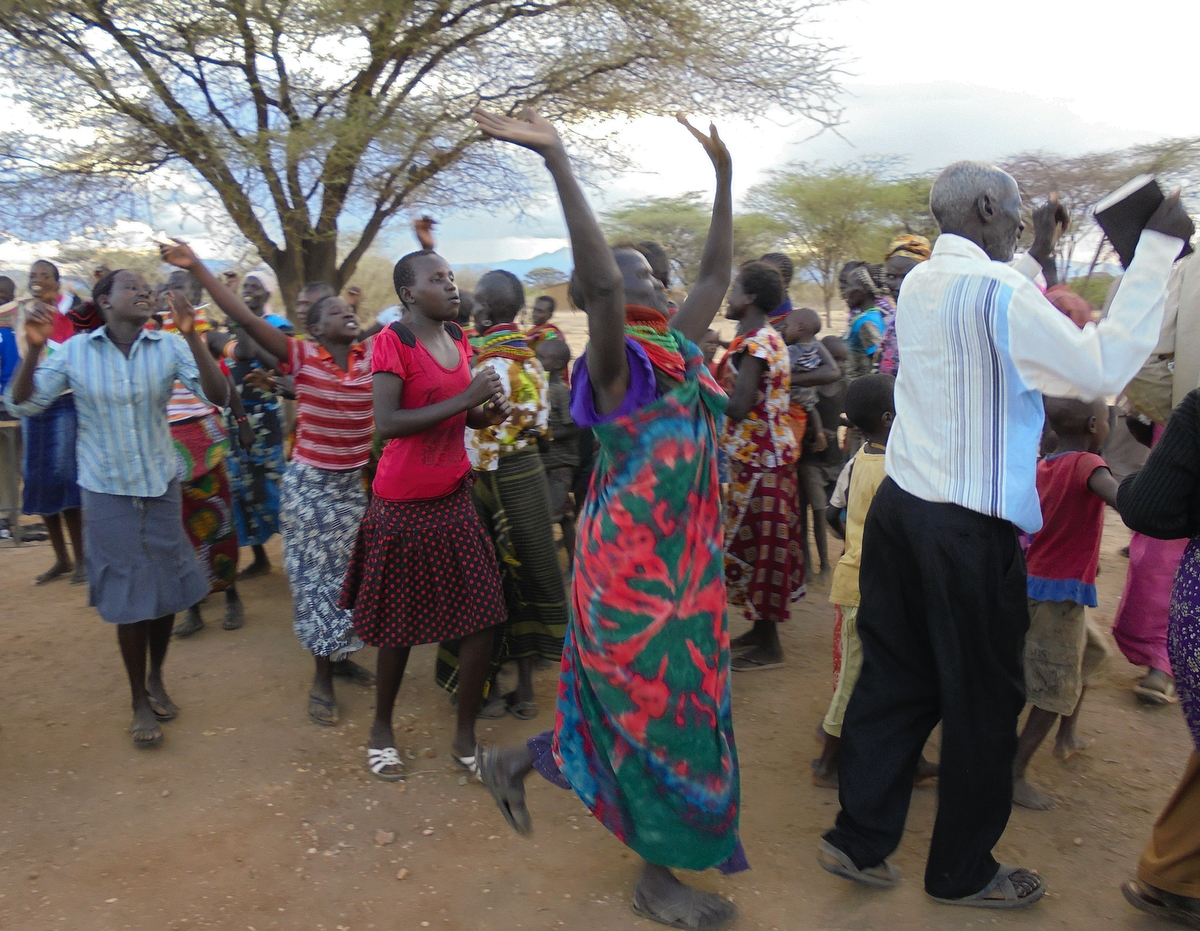 Turkana Friends Mission is fifty years old this year. Sadly, the July week of celebration events scheduled for the fiftieth anniversary had to be postponed for a later date due to COVID-19 restrictions. Hopefully there will be an opportunity to commemorate this landmark at some point.

Regardless of when a face-to-face celebration happens, it should be noted that there is a lot to celebrate. The Turkana Mission could be deemed a success in its first fifty years. The road has been bumpy at times through changes in leadership, regional hardships like inter-tribal clashes, drought, and extreme poverty, as well as the geographic isolation and financial challenges of the mission. Despite these, the mission has risen to life-changing ministry. The ministry began, first, with western missionaries and Kenyan Luhyas, and continues under leadership from Turkana.

The thirty Friends Churches that exist today are indicators of the good work that has occurred and continues still. Five of these churches were planted in just the past three years. Three of the Monthly Meetings—Lokoyo, Lodwar, and Kalokol—have received a new church. We see more and more Turkanans coming to faith in Christ, more Friends being helped by their neighbors, and a growing impact by these Quakers in their communities. There have also been two additional churches planted within the Kakuma Refugee Camp in northern Turkana. These, of course, reach several different cultures with the Gospel and impact this large camp in positive ways.

How do these new churches happen? Through relationships. The Turkana mission, under the leadership of John Moru Losike, has used a variety of connections to build relationships with the various communities of Turkana. The Turkana people have been marginalized within Kenya for many years. Government policies, and the development of roads and cities, have cut off long-held grazing routes and have isolated several pastoralist people groups in the northern desert.

The leaders of the Turkana mission have been able to overcome the suspicions of the Turkana people. Having a Turkana director and raising up leadership that is Turkana is the beginning of that success. Consistent faithful care and love is demonstrated through this leadership as well as a deep understanding of what it means to be Turkana.

The mission has used a variety of approaches to church planting based on trust and relationship. Churches have been planted by the invitation of local community/clan members. Sometimes a woman from a Quaker Church marries and goes to live where there is no Friends Church. This creates the opportunity to build on the connections. Or maybe someone hears about the Friends Church from a cousin in another area. Invitations to plant churches are very important. Turkana Friends understand that the church is the people, so a church building might be years in coming. Churches gather under an acacia tree and that outdoor, semi-sheltered space becomes the church sanctuary.

A second approach is holding an evangelistic meeting in unchurched areas. As the mission grows, neighboring communities are reached by local pastors and family members. A set of services is held, visits to all the neighboring manyattas (homes) are carried out by evangelists, and the result is often the formation of a church. Director John and Simon (the Turkana Mission’s pastor to the pastors) consistently instill in churches the notion that to be a healthy church one must be a going and sending church. The expectation of outreach is built in from the beginning.

A third way churches come to be is as a result of helping those who are in need. Food is scarce and grazing lands have been drastically reduced. The traditional livelihood of herding animals is shrinking. Jobs are rare. Farming is very difficult in this arid land and there is very little infrastructure that meets the needs of people outside of the towns. Water is a crucial resource. A number of Friends Churches have grown up around borehole wells that are drilled by either by Friends or by a partner organization. People may also hear about Friends through a feeding program, health care, flash-flood relief, or some other way that Friends reach out to care for the people of Turkana. Another opportunity is education. Friends’ schools and Friends’ emphasis on the education of the often-overlooked girl-child draw people to want to know more about the Friends.

The future of Friends in Turkana seems assured, though not easy. In the next year or so, Turkana Friends Mission will change directors. John and Grace Moru want to “retire” so they can become missionaries to the Toposa people in South Sudan. The leadership transition may be challenging. Yet there is every reason to believe Friends in Turkana will continue to grow even stronger.

What about you and your neighborhood? Does your Meeting look to reproduce itself in new communities? Is your Yearly Meeting finding ways to care for the needs of the marginalized in your region? Is there vitality in the mission of your Meeting?