The Proposal of Hope 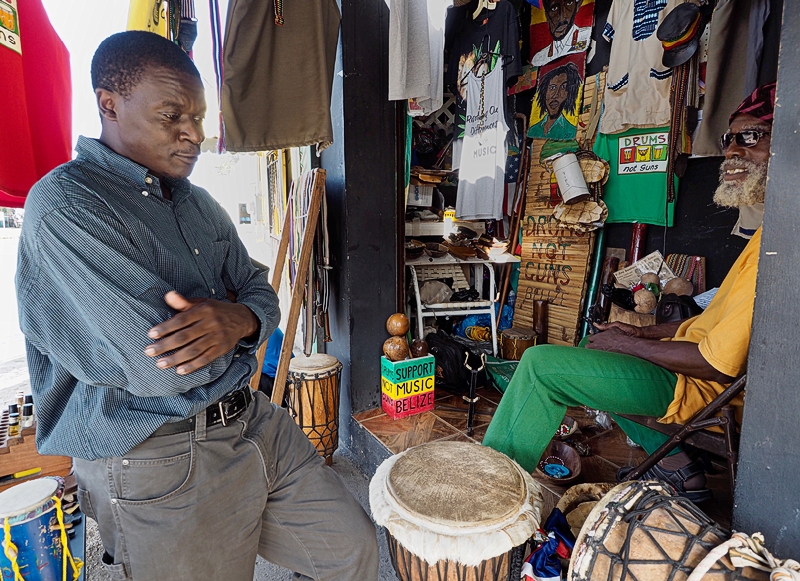 His temporary visa was expiring, and the immigration office told him they would only renew it if he could show evidence of progress in his long-term work permit application. The people who process work permits refused to receive his application, because Oscar is a Friends pastor, yet there’s no established Friends congregation as a registered church in Belize. (Of course there’s no established Friends Church—he was hired to plant one!) His work permit couldn’t be sponsored by the Friends School, because he isn’t a trained and certified teacher. It started to look like a catch-22, and to top it all off, this was happening on a public holiday. There was no way to move the paperwork forward, and he would have to overstay his visa and go back to the office on Monday morning! At this point, his deportation looked inevitable.

In the midst of this nail-biter, I received the following message from Oscar:

“I gave this document the title ‘the proposal of hope’ because these were the first words that came to my mind this morning. At a time like this, I should feel worried but I feel a lot of peace. Since yesterday, I have felt like this situation will end with God being glorified. I just feel like there will be fulfilment of something that God began a long time ago. I don’t know what it is but that feeling keeps on coming when I think of Sunday and afterwards. I feel like tomorrow will mark the beginning of members of the community coming into Belize City Friends Church, one at a time. I feel that Sunday will mark the beginning of a breakthrough for the church here. I want to be here this Sunday to witness it. In conventional evangelism, you go out to plead with people to come. That is not what I have experienced over the past two months. What I have experienced is giving a simple invitation and people come, one after another. The most exciting part is when I see kids like Helen say, “I will bring my brother next Sunday.” And she did. Immanuel came and said, “I will bring my sister next Sunday.” When I hear Ms. Athina and Ms. Mathews say they are coming on Sunday to church to try it out and they would like to participate, I get a feeling that God is working in the hearts of people here drawing them to come to church. Whatever happens on Monday, what has begun in the church and the community center should continue. The future needs to be about hope.”

Oscar then proceeded to outline several scenarios in which the evangelism work could continue, even if he were forced to leave the country. This was not the first time, and I’m sure it won’t be the last, that I’ve personally been caught up short by Oscar’s awesome faith. Tears pricked my eyes as I heard the confidence in his message, and perceived that God would indeed be faithful to complete what God had started.

As it turned out, when Oscar went to the immigration office on Monday morning, he was first told that there was no record of his application, that he would have to start the process over again. However, another employee (an angel in disguise?) overheard and intervened to say that yes, there was a file, and yes, the extension could be approved, and yes, Oscar could continue his work. God is indeed faithful!