Faithful Witness in a Fractured World: Models for an Authentic Christian Life 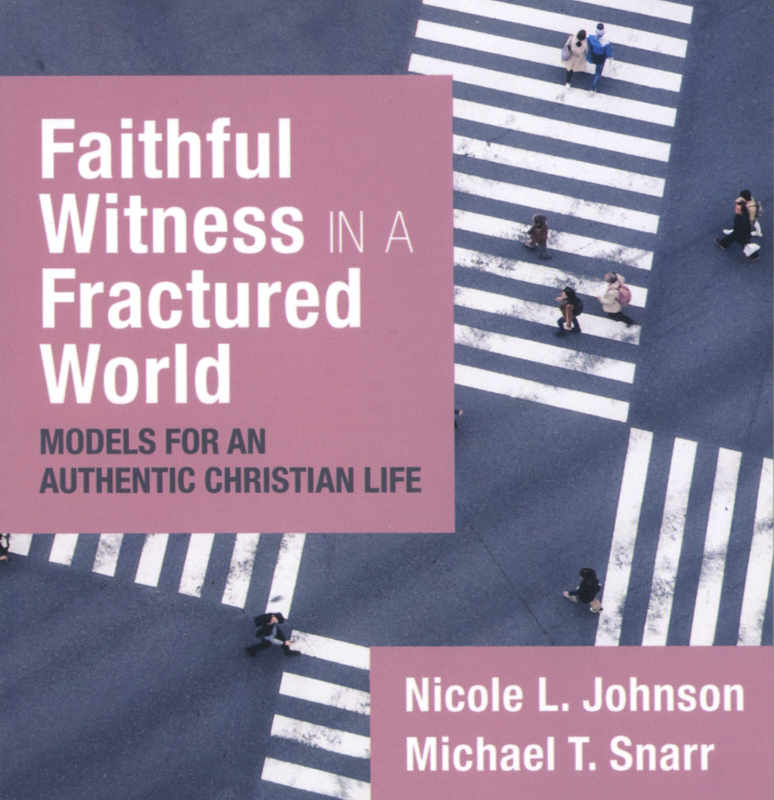 A review of Faithful Witness in a Fractured World: Models for an Authentic Christian Life, by Nicole L. Johnson and Michael T. Snarr

(This review is included in the upcoming Quaker Life issue on peace.)

How are we called to be Christ-like in our daily lives as human beings? How can we model Christ; where can we get started in our journey to love and aid in the restitution of others? These are some of the questions posed in Nicole Johnson and Michael Snarr’s Faithful Witness in a Fractured World, a compelling piece that identifies frankly the flaws in Western Christianity, as well as some solutions to those flaws.

By amplifying the life and example of faithful Christians in both Johnson’s and Snarr’s lives, the authors skillfully portray Christ-like individuals who can also serve readers as inspiration for their own journey. Additionally, the authors’ comic stance throughout the book makes for a conversational read. The book never feels as though it is preaching—even though it may label the reader a “Crappy Christian,” a term coined by the authors to describe not only the un-Christlike ethos of current Western Culture, but also to describe themselves.

One of the faithful Christians whose portrait especially impressed me was Rick Polhamus, an individual dedicated to “loving the enemy.” The world might describe Rick as “a little nuts,” since he once turned down a six-figure salary to devote himself to a life of peacemaking. The story that stands out in my mind is about Rick’s service in Israel/Palestine with Christian Peacemaker Teams (CPT). An Israeli soldier named Avi beat Rick excessively and with no provocation while CPT was filming the demolition of a Palestinian home. Rick and CPT pressed charges in the Israeli court system. As the two sat on the same long bench waiting for the trial to begin, Avi refused Rick’s offer of forgiveness. When the trial ended and Avi was led away by military police, Avi vowed to kill Rick if he saw him again. But when the two crossed paths again nine months later, Avi thanked Rick instead. Rick’s offering of forgiveness had inspired Avi to examine and reject his violent behaviors, and to change his own life for the better. The two have met for coffee (or pizza) and fellowship several times since then.

In their writing, the authors are able identify a light at the end of a “crappy” tunnel—a light that urges readers to strive towards peace and love. I have begun urging family members to pick up this riveting work that has truly encouraged me to examine my own inward state. After all, inward peace is as important as peace with those around us.

I would recommend this book to any and all persons, not just those of the Christian faith. Faithful Witness is a critical analysis of modern Christianity that all people could benefit from reading, as it opens paths to peace within all communities. In the authors’ view, love has no boundaries, no matter a person’s ethnicity, nationality, or gender. We can all learn a thing or two from reading about this kind of love, as practiced by the faithful souls lifted up in this fine work.

~Chloe Mason just finished her freshman year at Wilmington College, where she is also a member of the Quaker Leader Scholars Program.