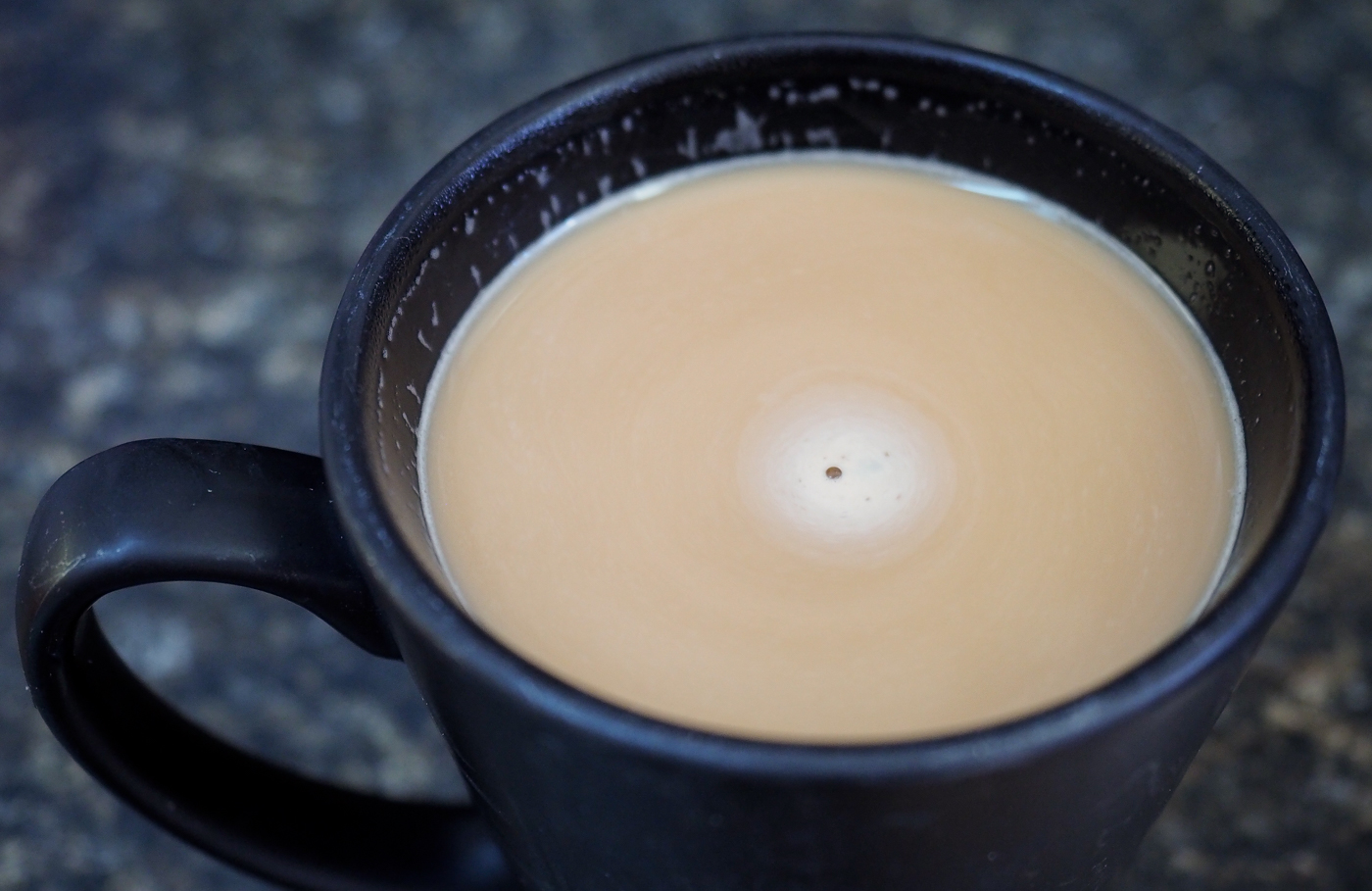 As a barista, mornings now bid me rise at 4 a.m. to fill enough carafes with liquid motivation for the 6 a.m. rush. Before the sun peeks over earth I’ve heard, “Thanks, hon” from the construction foreman with a gravelly, Sam Elliot-like voice; said, “Have a great day,” to half the hospital’s nurses as they caffeinate before their rounds; and poured refills for the jogging club whose daily circuit ends at the espresso machine. And of course I’ve put aside the best cinnamon roll for the night janitor just getting off work who, despite his bone-tiredness, always greets me with a big toothless grin and wants to know how I’m doing.

People of all kinds – some kinder than others – pass through the coffee shop doors. There’s also the wealthy calorie-counting customer whose specialty drink requires a near reprogramming of the cash register, who changes her order because she doesn’t like the price after I’ve already swiped her credit card. Naturally she doesn’t tip. And the person who threw 16 ounces of boiling water at my coworker because it wasn’t 20 ounces. Water is free, by the way. So are refills.

When I see certain regulars pull into the parking lot I know the day is about to get more interesting in a less-than-pleasant way. Others bring a sigh of relief or a much-needed laugh. We see the best and worst of humanity from behind the bar. And it makes me wonder what Jesus would look like were he to stop in.

Would he quietly wait in line, order a simple house blend, then strike up a conversation with the person sitting alone? Would he pay for the people behind him and start a chain of generosity? Would he call out the rude on their unseemly behavior? Would he stay near the bar and talk to me, maybe come back and help during a rush? I don’t know what Jesus would do as a customer, but I’m learning to treat each person who comes through like they’re Jesus in disguise. Who knows? They might be.

It’s easy to love the lovable, but God calls our love to reach farther than that. The unlovely, the extra-grace-required folks? They’re a bit trickier. But as one of my nurse regulars pointed out, when people raise Cain, they’re usually scared. Scared they aren’t enough. Scared that they’re failing somehow. Scared of what the day may bring. So while not all our customers act like Jesus, I can at least try to give them a glimpse of his love. It could be that the 90 seconds I have with that person are the only 90 seconds in which somebody extends to them the kind of love that casts out fear. I don’t want to waste that minute and a half.

~Megan L. Anderson is a freelance writer and editor whose sarcasm led her into youth ministry. She enjoys being caffeinated, watching the BBC, and thrift shopping.