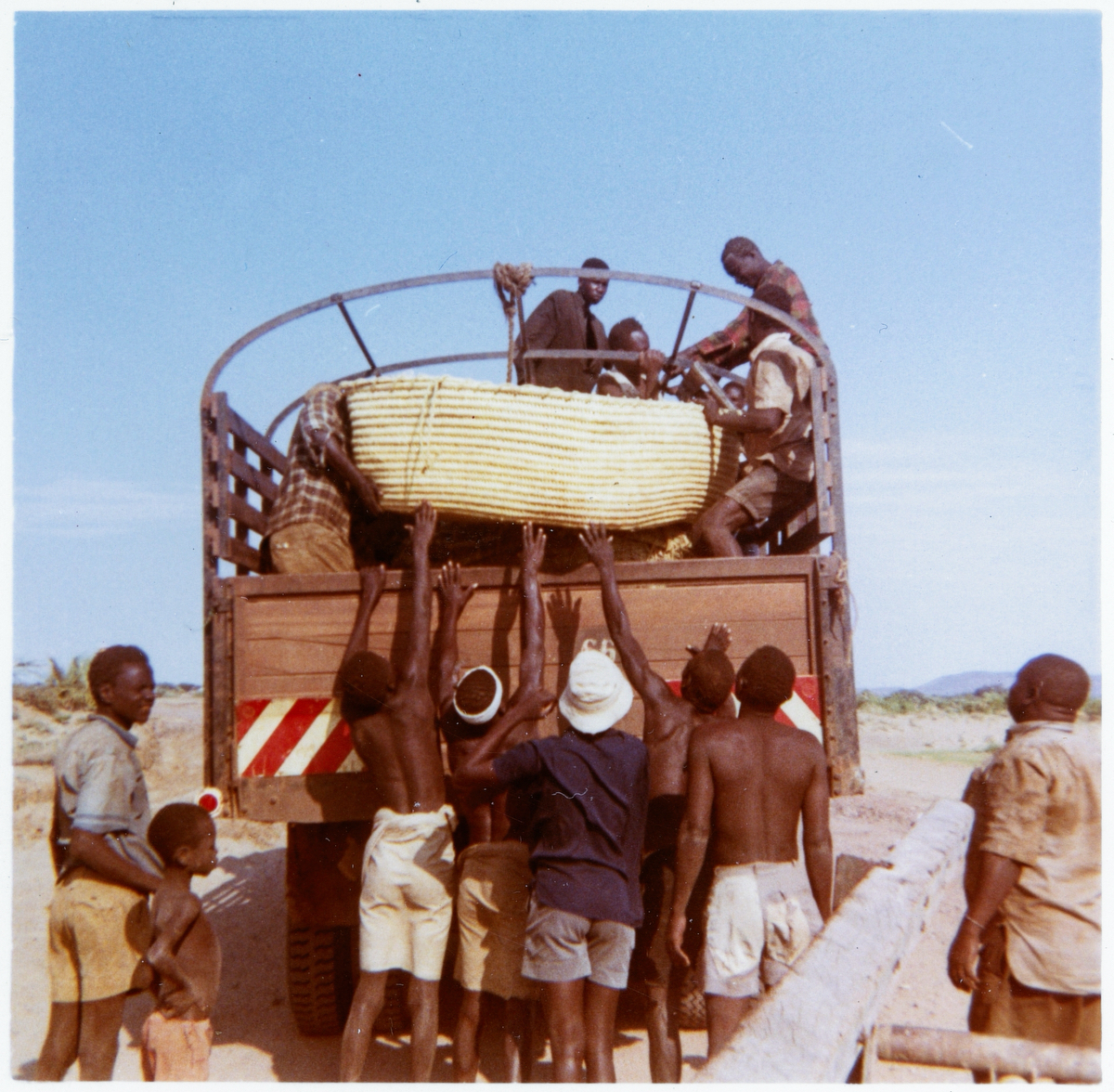 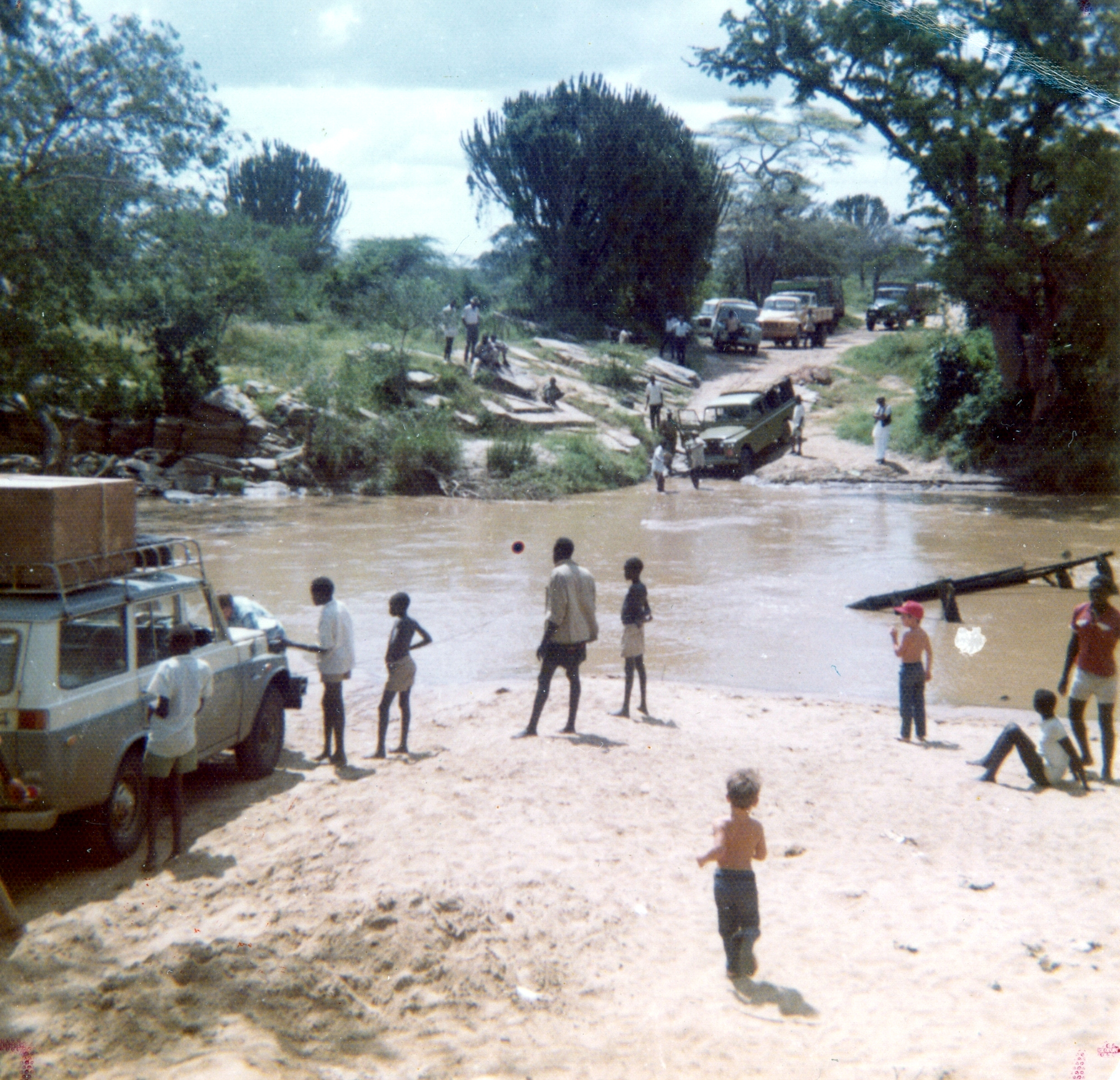 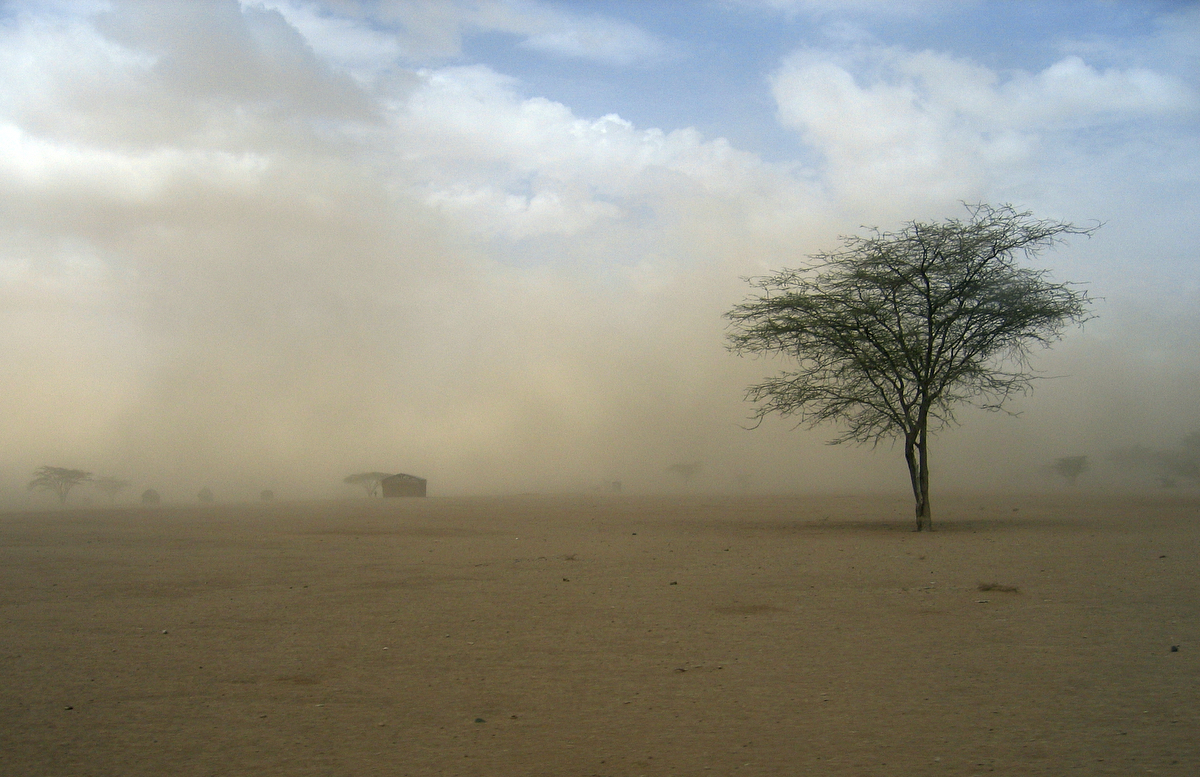 With joy, we invite Friends throughout our beloved community to celebrate the fiftieth anniversary of the founding of Turkana Friends Mission! Join us in exploring the rich stories of faithfulness among Friends in this region of Kenya—and in listening to where God is calling us next.

Turkana Friends Mission was founded in 1970, in Kalokol, Kenya. It began as a project of East Africa Yearly Meeting and Friends United Meeting. Dorothy and Ersal Kindel were the first directors of the mission. The Kindels moved to Kalokol from Kaimosi, which Dorothy described as lush and green, with educated people and good roads. Kalokol, by contrast, was a sparse and barren settlement. The Kindels were assisted from the beginning by two FTC students, and one of these, Herman Otioko, took over as director. Since Herman’s retirement in 2002, John Moru has been serving as director.

Turkana Friends Mission has grown from that one outpost on Lake Turkana to a vibrant multi-site Quaker community. The Mission office is in Lodwar, the capitol of Turkana County. The Mission has twenty-seven staff people, of whom seven are theologically trained pastors. They over- see six nursery schools and six primary schools.

There are four Monthly Meetings—Lokoyo, Lodwar, Katilu, and Kalokol—and twenty-nine Village Meetings, which are smaller local gatherings. John Moru, Director of Turkana Friends Mission, estimates that there are anywhere from 1,000 to 2,500 full adult members of the Friends Church in Turkana County.

Quaker Christianity is growing among the Turkana! In 2002, there were only seven village meetings. Between 2009 and 2019, eighteen new meetings were planted. The newest meeting, Kaloboi, was officially opened in November 2019. 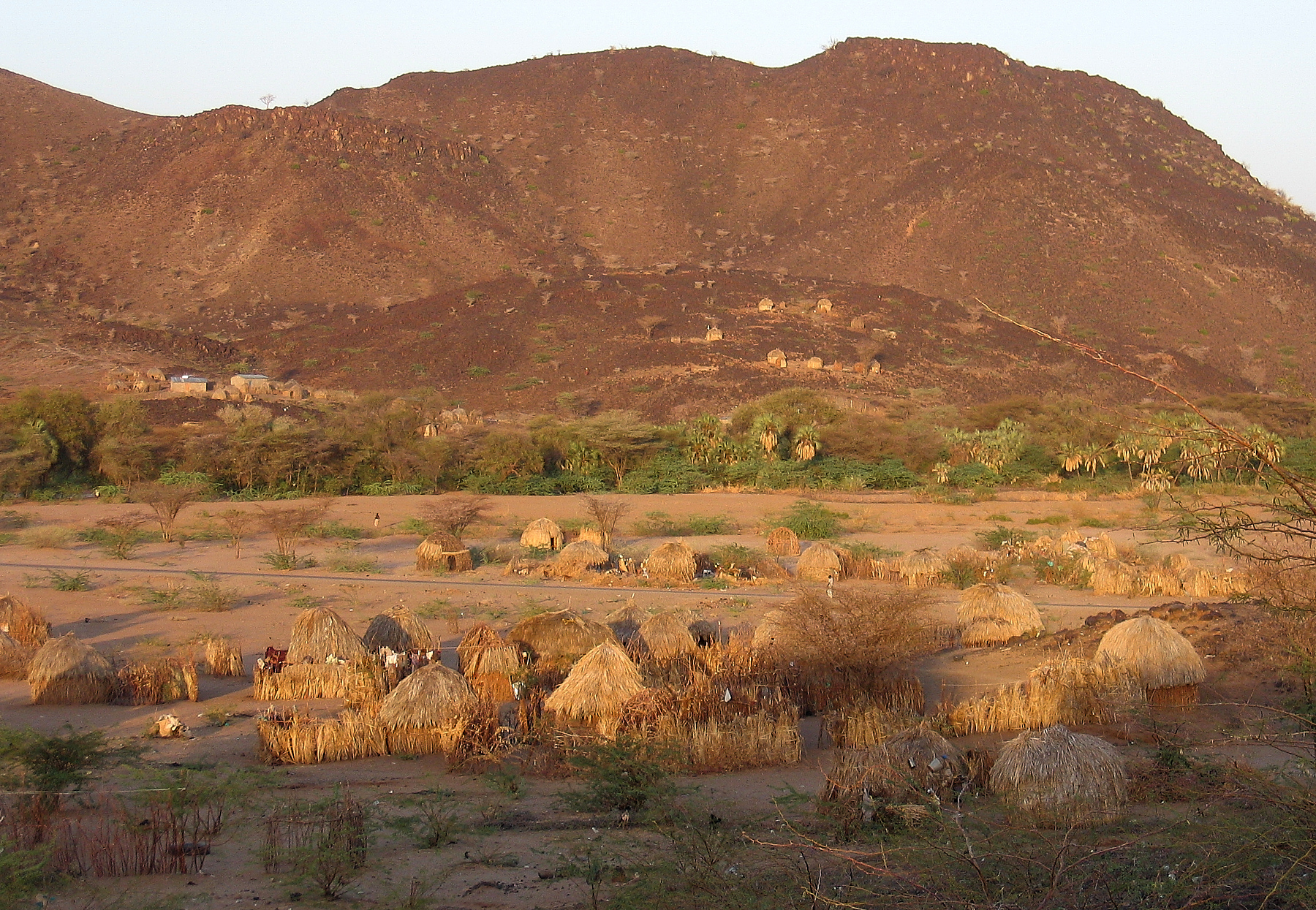 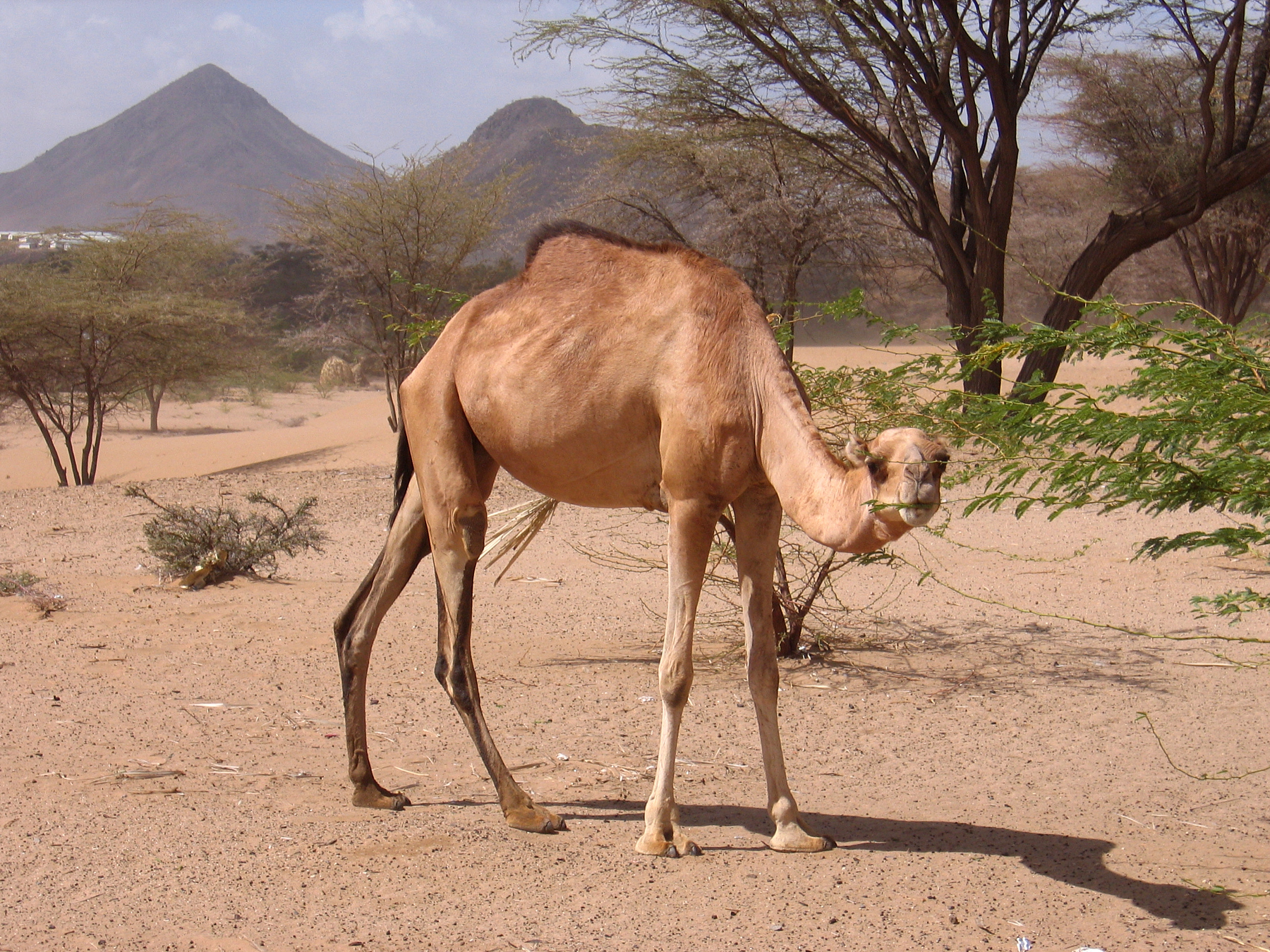 Finding Turkana on a Map

Turkana is located in the northwest corner of Kenya, bordering South Sudan, Ethiopia, and Uganda. It is a very large geographic area with a very small population. 80% of the land in Turkana is classified as arid and semi-arid, meaning that there is not enough rainfall to sustain crops. Even grasses won’t grow there.The capital of Turkana County is Lodwar, a town with a population of 30,000 people.

Things to Know about Turkana

The capital of Turkana County is Lodwar, a town with a population of about 30,000 people. Is that bigger than where you live, or smaller?

Turkana County has active volcanoes, earthquakes, and geysers— because, believe it or not, the entire continent of Africa is slowly splitting in two. This is happening at a rate of 1⁄4 inch per year, so it’s mostly not something you can see happening, but scientists can track the progress. You can learn more about this by searching the internet for information on the East African Rift.

What are cool features of the place where you live? 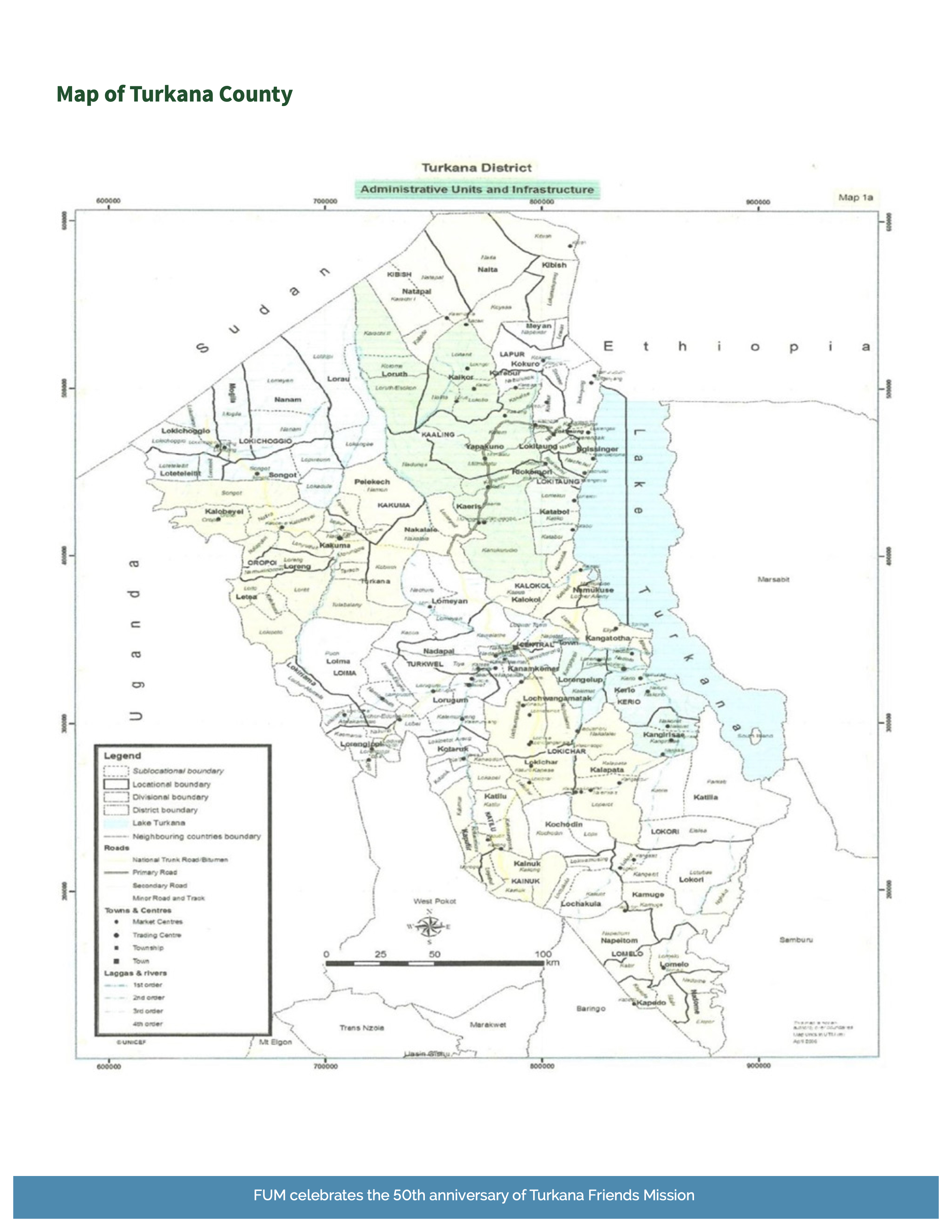 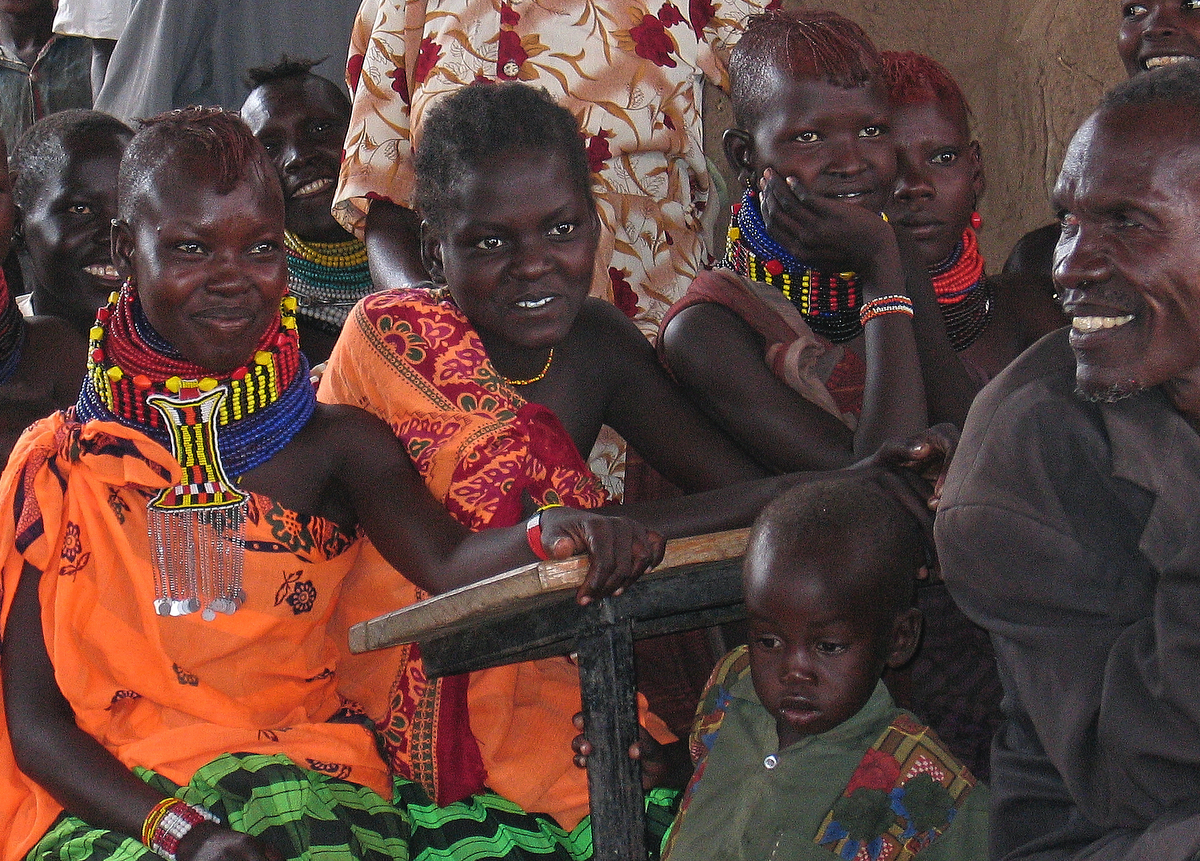 Who Lives in Turkana?

The people of Turkana County are known as the Turkana tribe. The language they speak is also called Turkana. Bordering tribes are the Pokot, to the south, and the Samburu, to the southeast. To the west, across the Ugandan border, the tribe is called Karamoja. To the north, in South Sudan, the pri- mary tribe is the Toposa.

The Turkana are pastoralists, which means that their main occupation is herding animals. They do so by moving the herds from place to place, in order to find food for them, rather than keeping them in barns and bringing them hay or grain. This means that they don’t always have permanent places where they live. Instead, they move along with their animals and set up their homes wherever they are. 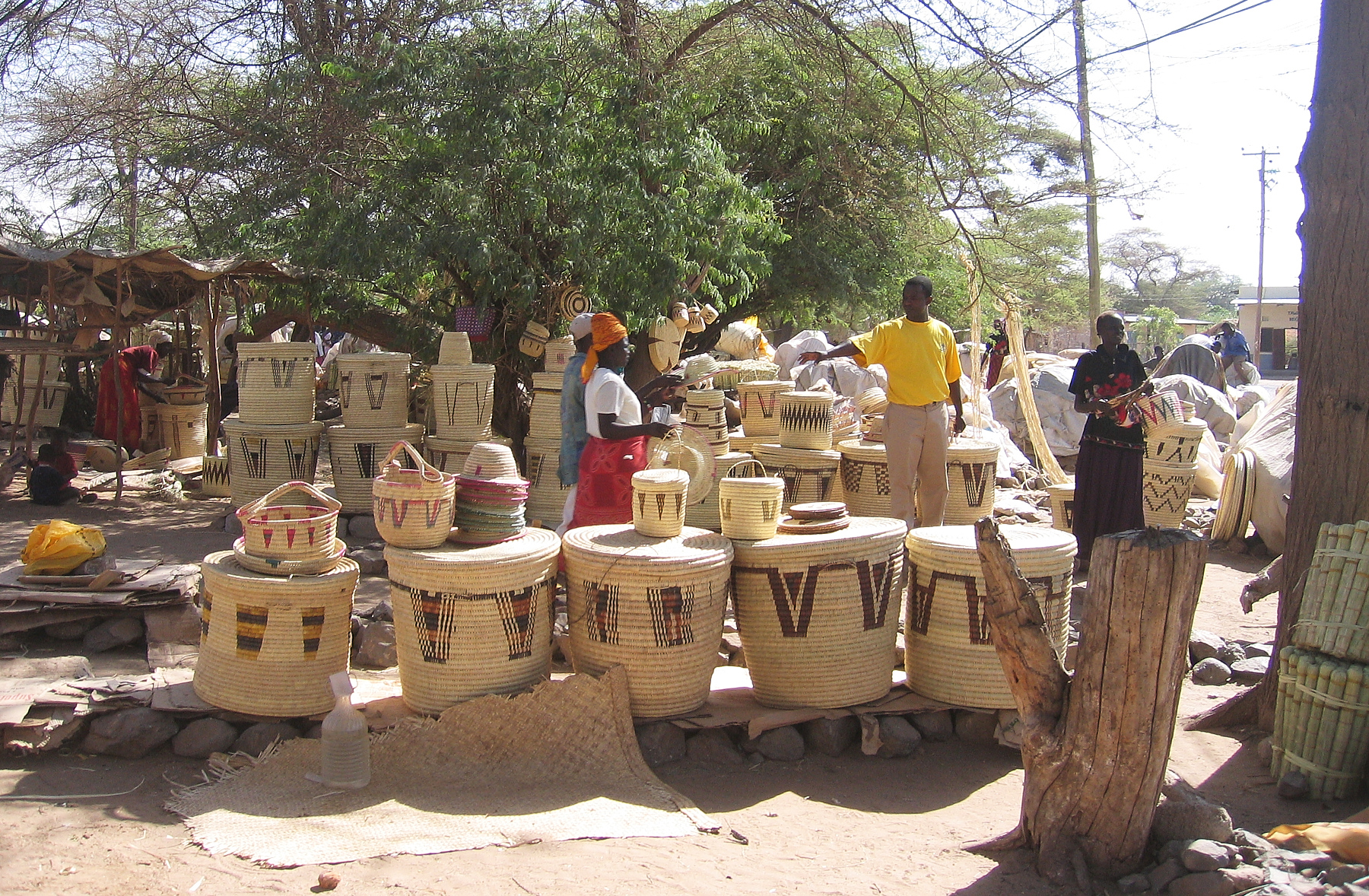 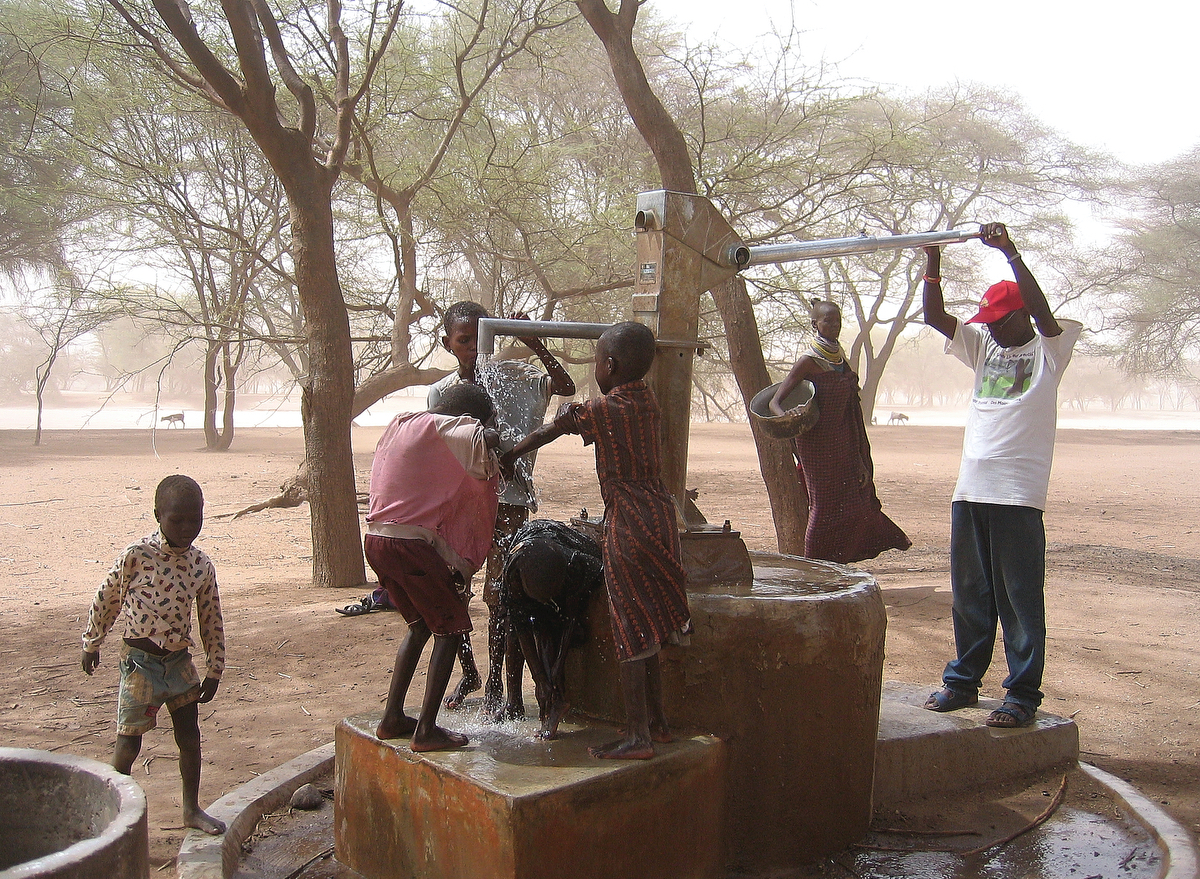 The average annual temperature in Turkana County is 87 degrees Fahrenheit. Kenya uses the metric system of measurement, so they would say that the average temperature is 30.6 degrees Celsius. They get very little rain, and most of it falls quickly, which means that it runs off rather than soaking into the ground, and often causes flash floods.

There is almost no surface water in Turkana, but there are deep large under- ground aquifers. One thing that Friends do in Turkana is build wells that drill deep into the ground to bring up this water so that people can drink it. We call those wells, borehole wells.

There’s also very little electricity in Turkana. The country of Kenya has a national electric grid, but Turkana County isn’t connected to it. The city of Lodwar has electricity through a diesel generator, and they are working on using solar power as well. Both solar and wind energy could be made into electricity, but it’s hard to build facilities to do that in such a remote place. 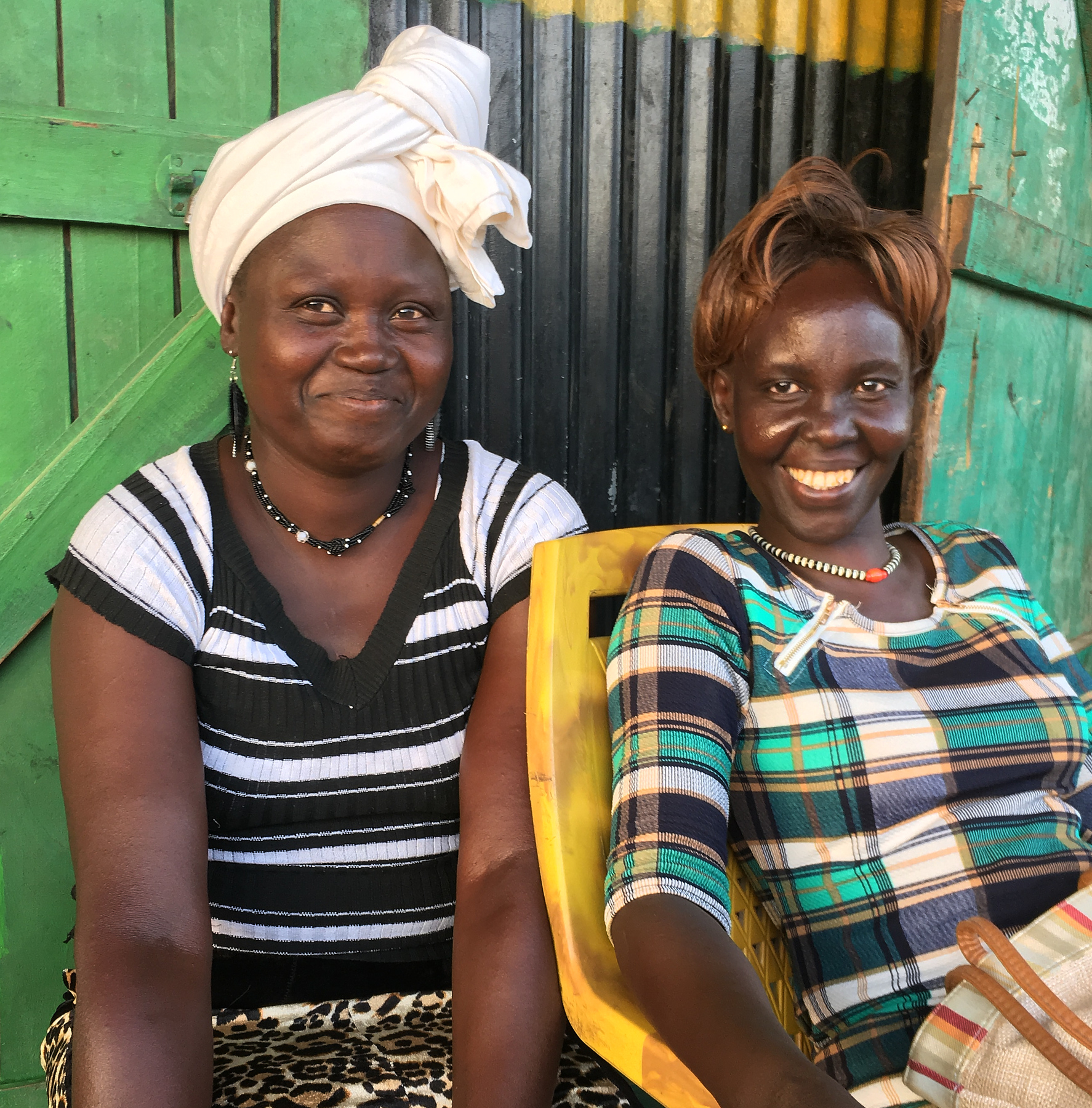 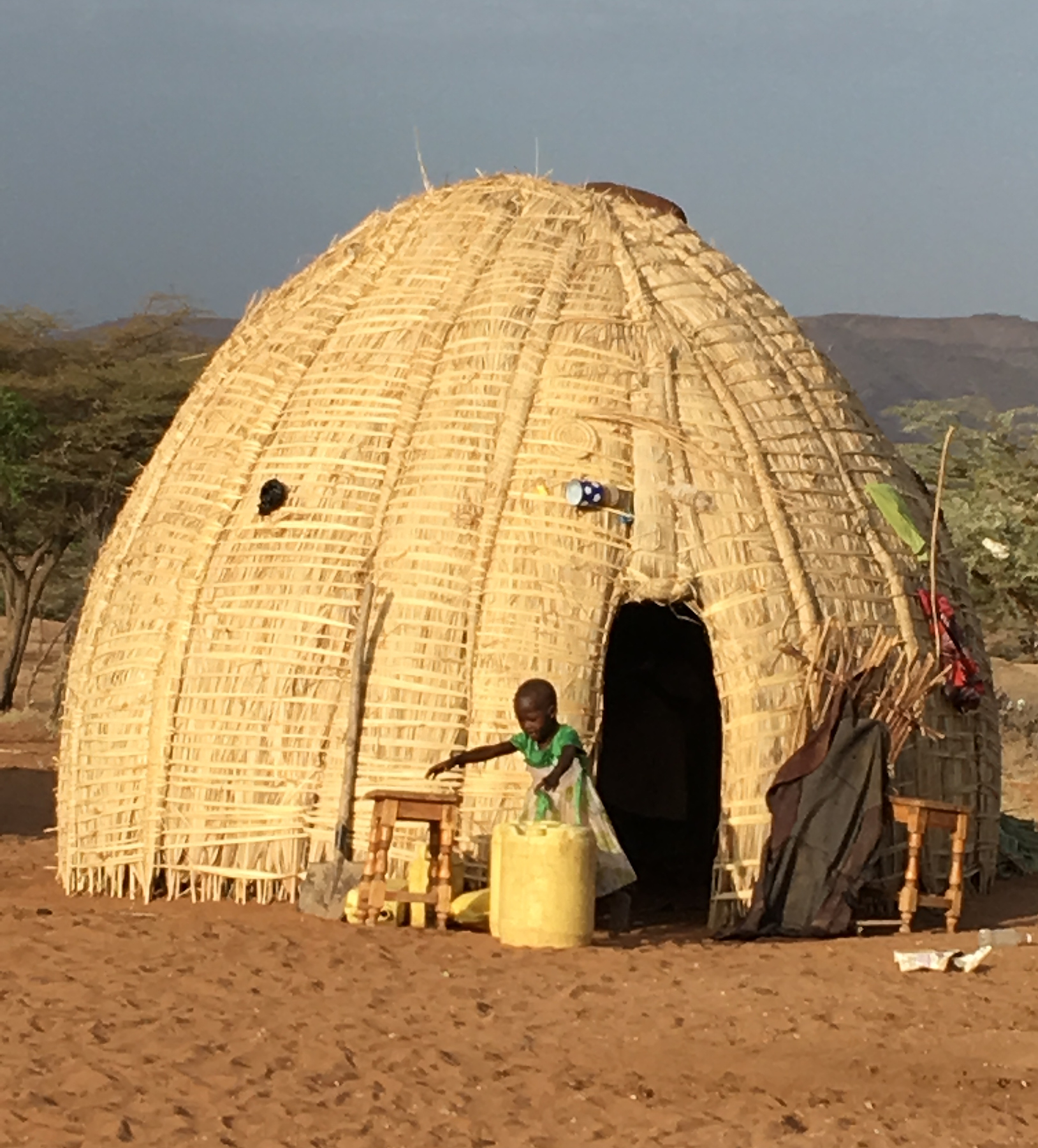 Pastoralists are people who rely on livestock as the basis of their economy. In Turkana, the herds consist of goats, sheep, camels, and donkeys. In places where there is sufficient fodder, cattle are also kept. A family’s well- being is tied to the size and health of its herds, and in this fragile ecosystem, both people and animals are highly vulnerable to drought. Traditionally, the pastoralist communities are semi-nomadic: communities migrate with their animals in search of pasture. However, the Kenyan government and its provision of social services is dominated by a concern for settlements and settled people, making it very difficult for pastoralist communities to obtain essential services such as education and health care. Pastoralist people in Kenya are often seen as “backward,” or in need of “development.” This leads to government and social service interventions intended
to destroy their culture and dismantle their traditional patterns of land use, even though these patterns are well-adapted to the marginal ecosystems where pastoralist people live.
— Eden Grace,
Global Ministries Director 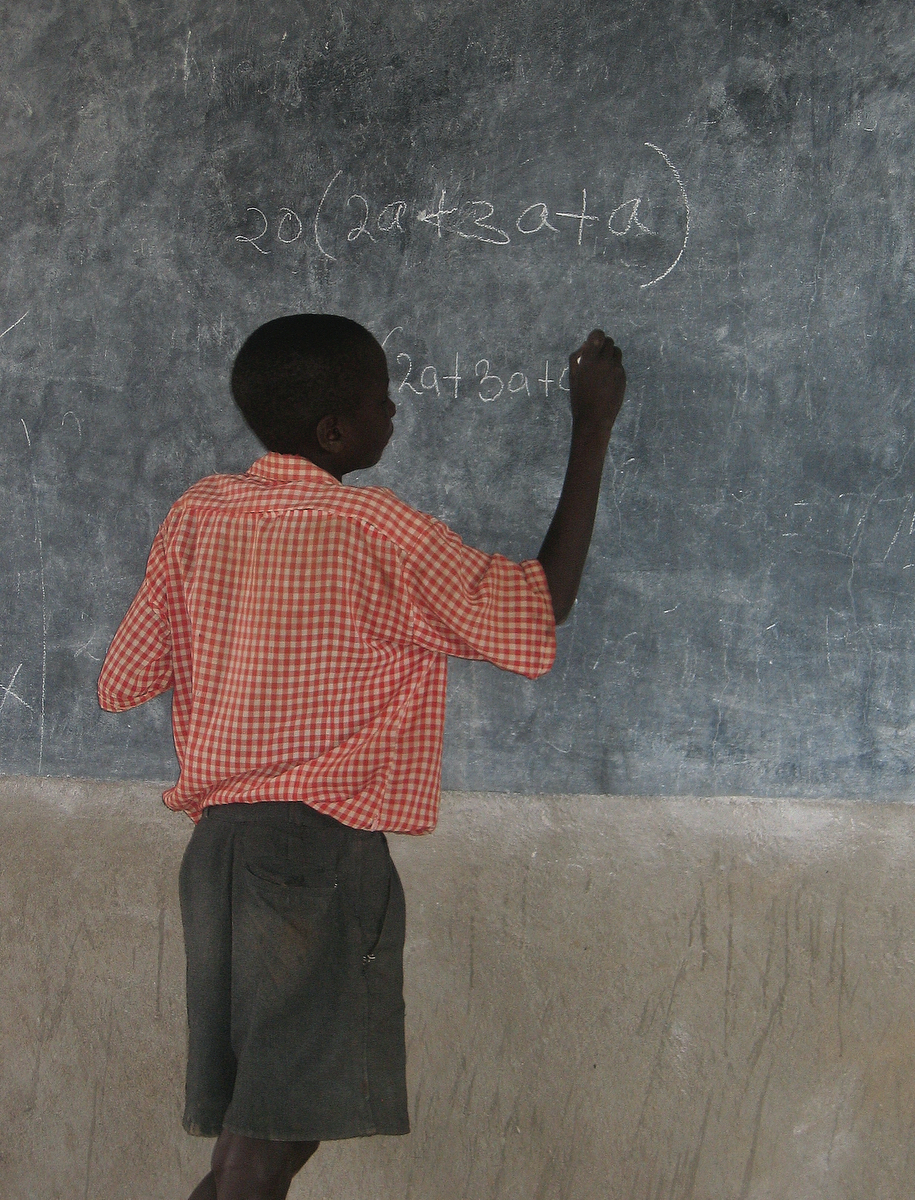 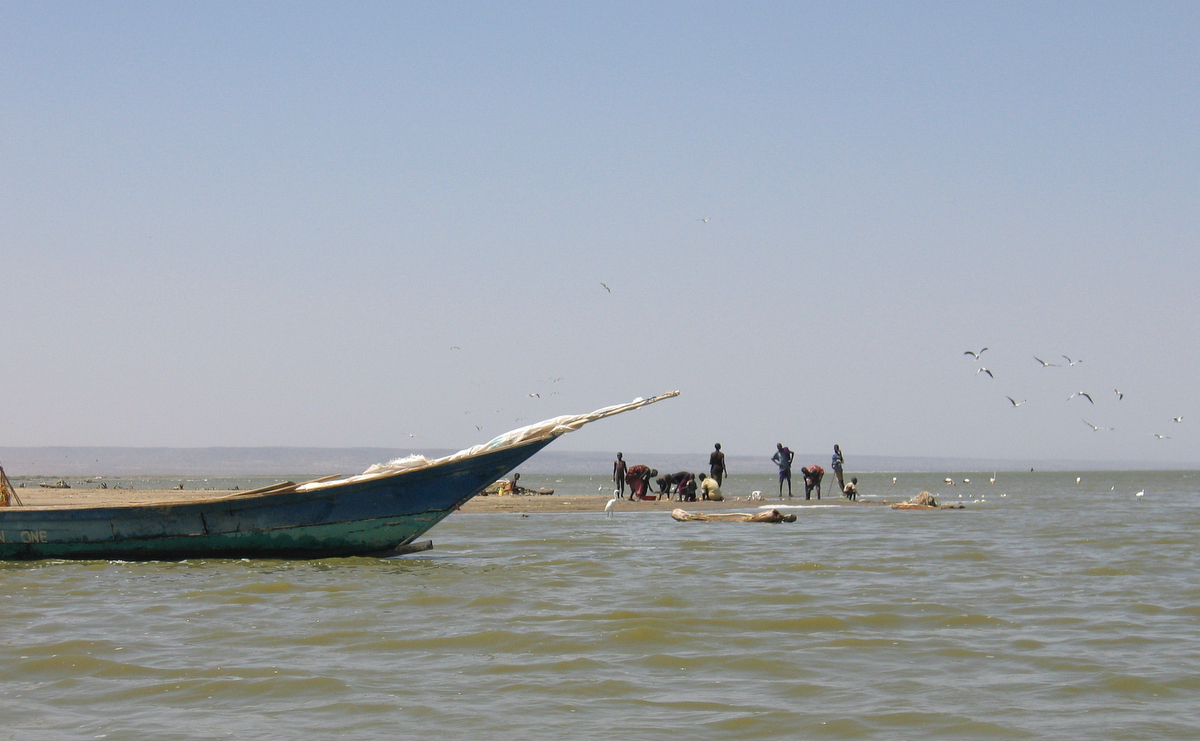 Lake Turkana is the world’s largest permanent desert lake and the world’s fourth-largest salt lake. It is fed primarily by the Omo River in Ethiopia, and has no outlet. Because of the high salt content of the water, and a high level of the mineral flouride, the water is unsuitable for drinking. Traditionally, the Turkana people considered fishing to be taboo, but currently the catching, drying, and exporting of fish to Kenya’s urban areas is a significant part of the economy. The water level of the lake fluctuates naturally, but damming and irrigation in Ethiopia have caused a large overall decline in the water level over the last fifty years. The Friends Mission compound in Kalokol was on the waterfront when it was built in 1970. Today it is several kilometers from the shore. 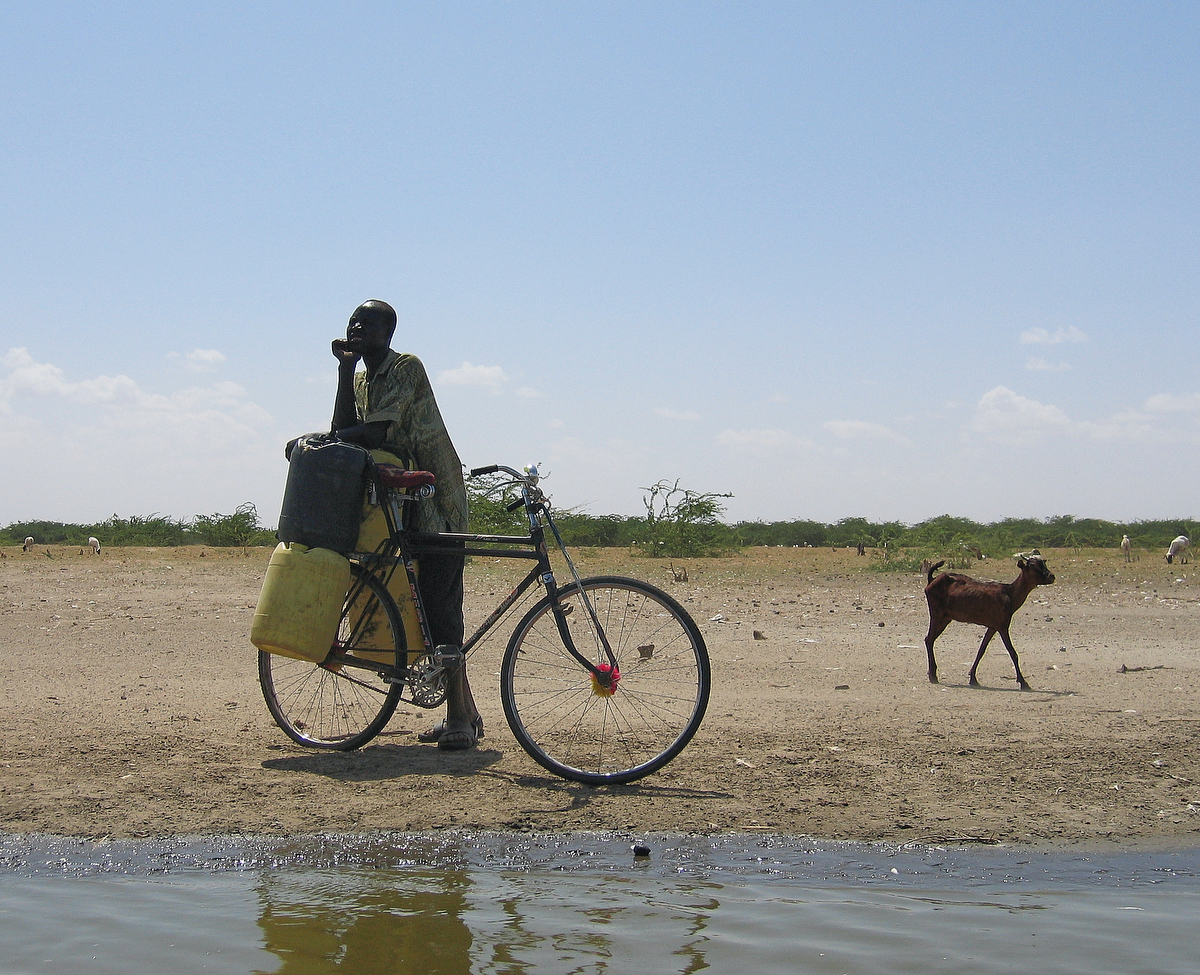 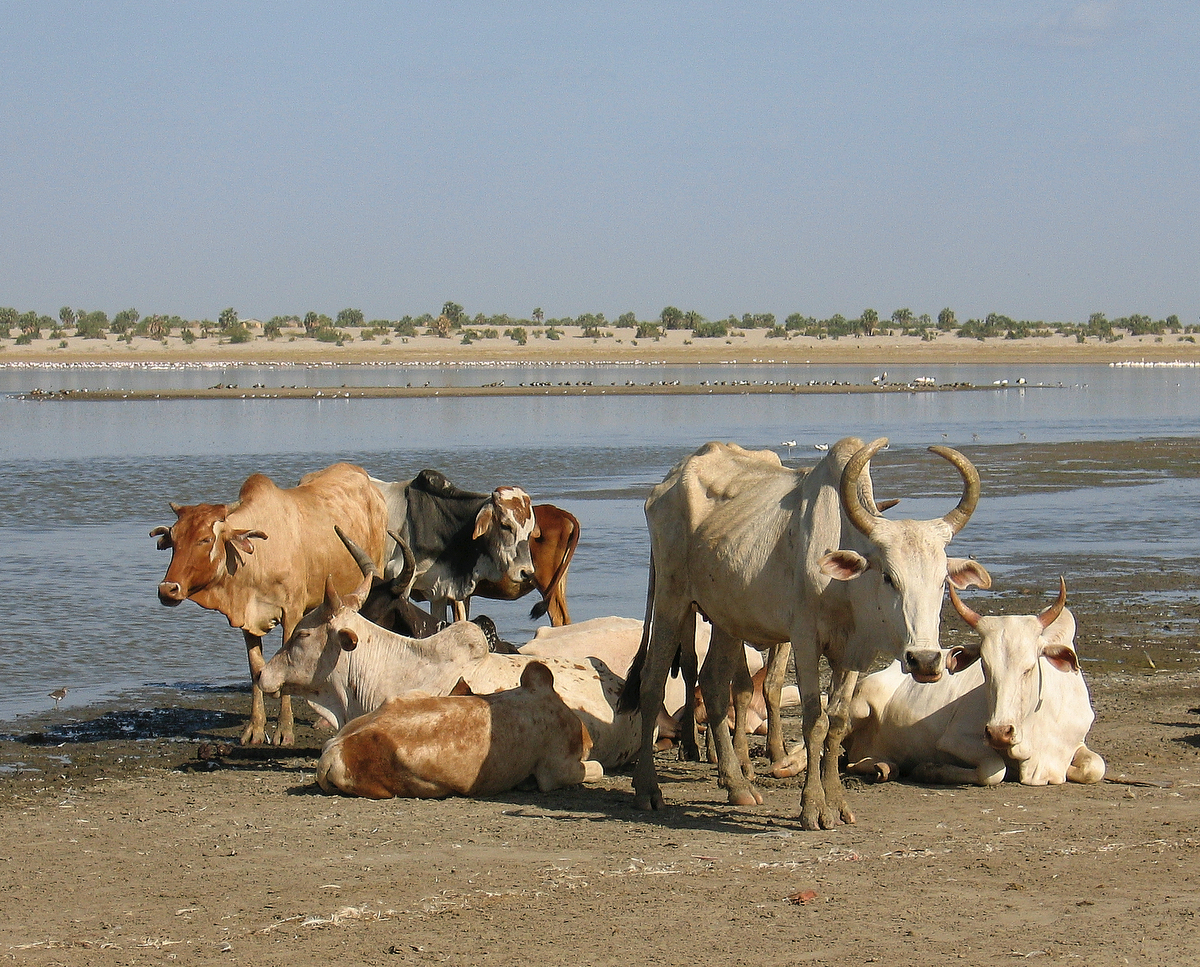 A History of Turkana Friends Mission,
from the pages of Quaker Life

This year marks the fiftieth anniversary of the founding of Turkana Friends Mission in 1970, and in order to tell some of the stories of the mission, the FUM staff combed through fifty years of Quaker Life magazine and pulled out every article and news item about Turkana.
From the early days in which the Kindel family struggled to adjust to the heat and blowing sand of Kalokol, to the emerging leadership of Kenyans from the Western Province such as Herman Otioko and Isaiah Bikokwa, to the development of water projects, schools, and churches, to the appointment in 2002 of John Moru as the first Turkana director, these articles document the evolution of an holistic and indigenous Turkana Mission that embodies the heart of what it means to be a Quaker today.
In reading historical documents like this, it is striking how much our sensibilities about cultural differences have changed. In the early days, American missionaries wrote disparagingly in Quaker Life about aspects of the Turkana culture, whereas we can now see how well-adapted the Turkana are to the specific ecosystem in which they live. Facing with honesty such cringe-worthy ethnocentrism in our own past is an essential part of becoming ever-more-faithful witnesses to the transforming power of Jesus Christ. We may not be proud of every word in this collection, but this is our story and it bears telling.
Click on the links below to read or download a PDF of combined stories. 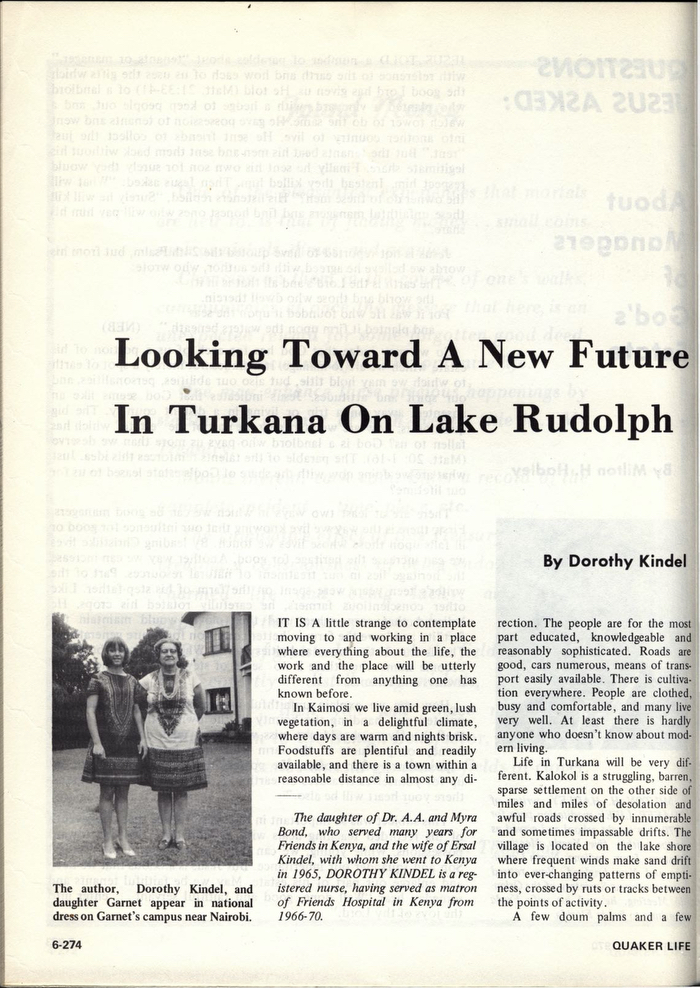 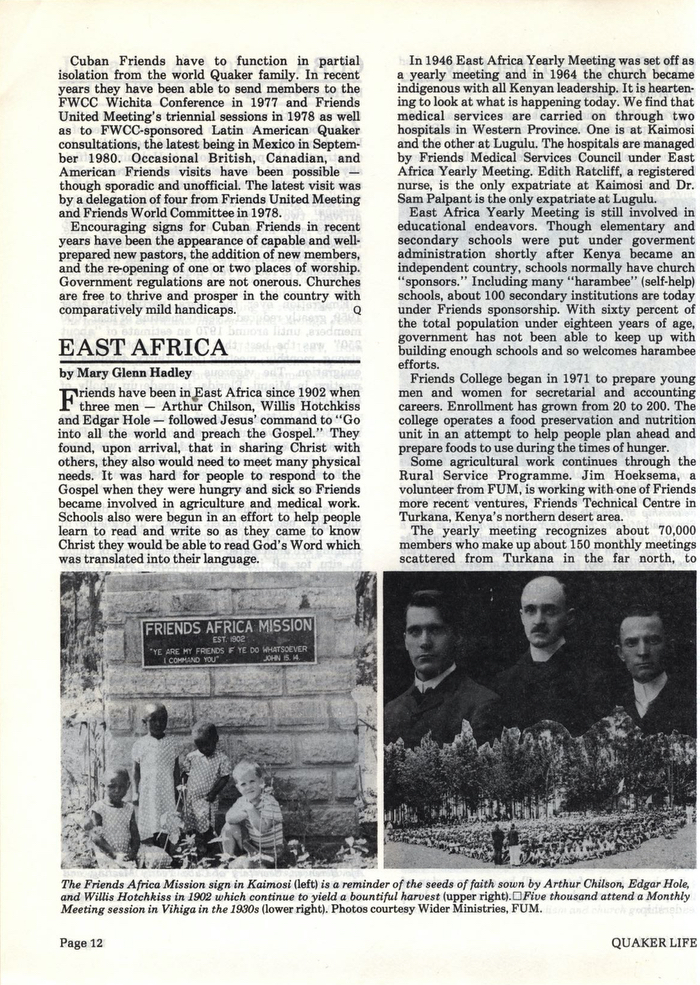 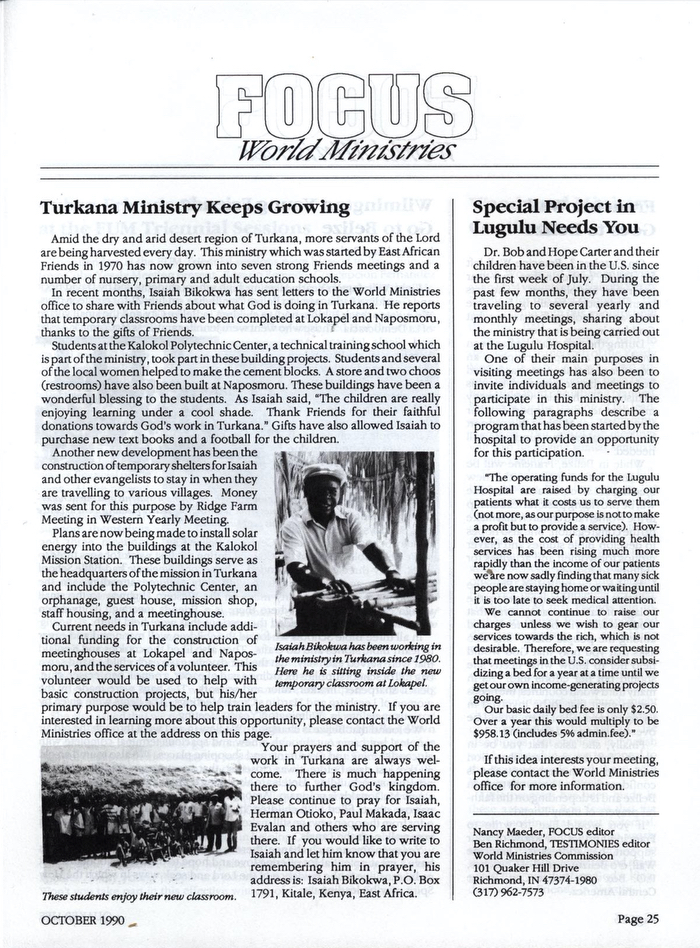 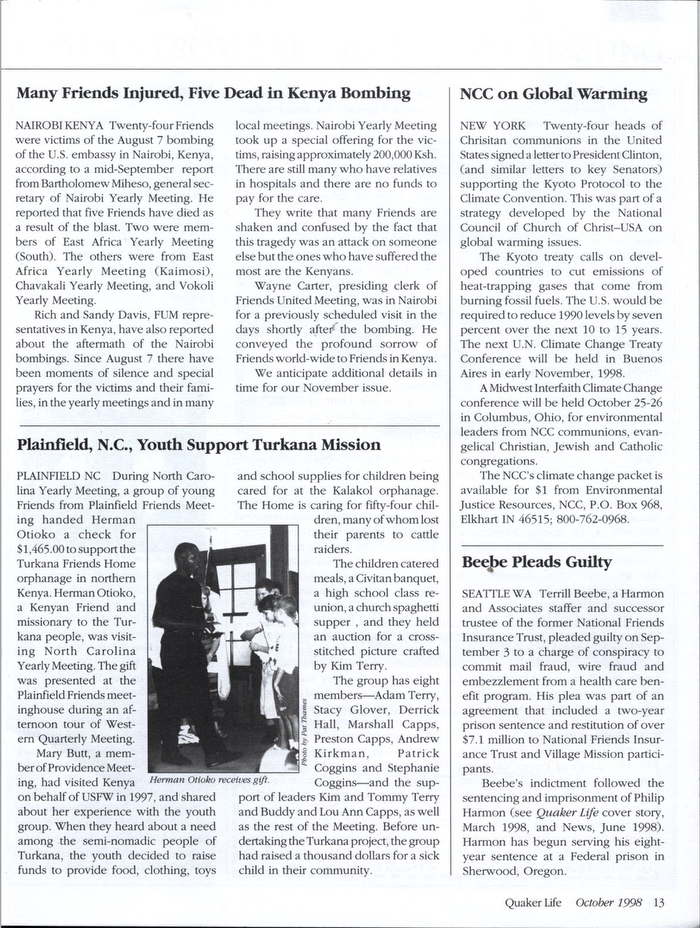 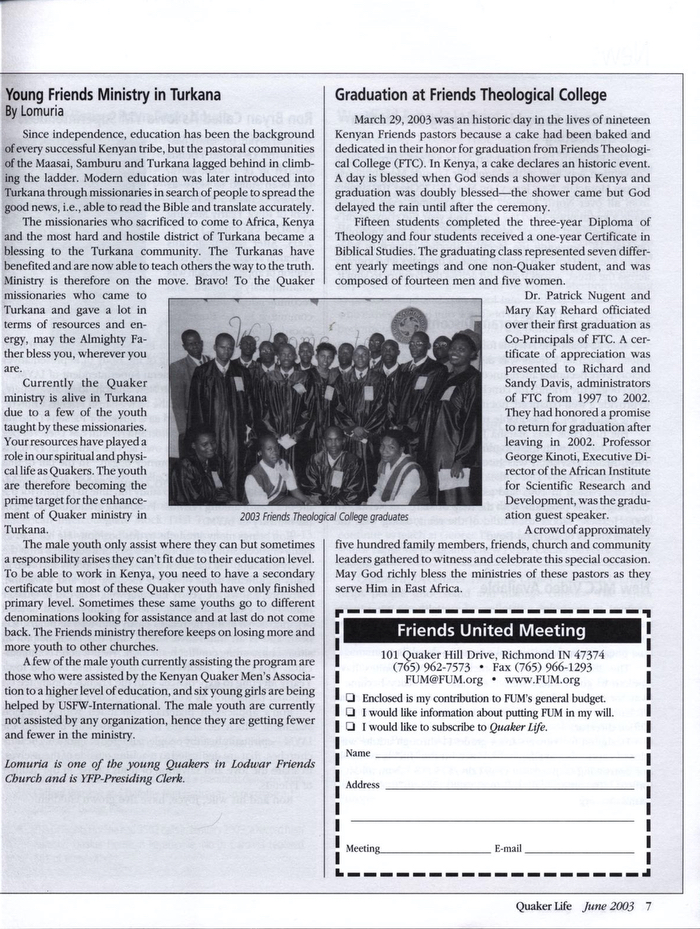